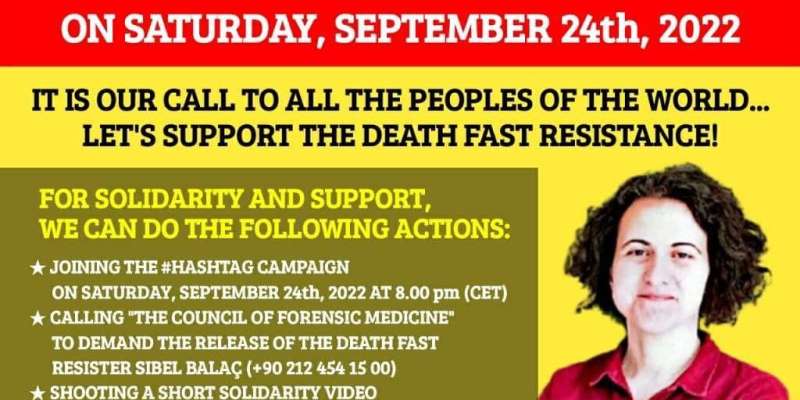 The Anti-Imperialist Front has designated 24 September as the International Day of Solidarity for Sibel’s release.

Sibel Balaç, who started resistance on 19 December 2021 with the demand for a fair trial and justice, applied for a postponement of execution of her sentence due to her health condition deteriorating to the extent that she cannot stay in prison. On 7 September, Sibel was hospitalised and although the hospital report was prepared and sent to the Forensic Medicine Institution, she is still being held against her will in the prisoner ward of the hospital in an unhealthy and unhygienic environment. Sibel, who is kept in a dirty and filthy environment that no human being can live in, can no longer walk, has wounds on her body, weighed 33 kg when she was last weighed, and is suffering from infection. Her condition is becoming critical day by day and she may face irreversible consequences.

With the solidarity and support of the people, Gökhan Yıldırım was released on the 256th day of his resistance with a suspended sentence after experiencing the same conditions. And he suspended his resistance.

Sibel Balaç is facing death. The ATK must decide on her release as soon as possible.

On Saturday 24 September, we call on everyone who believes in the sanctity of human life to give voice to the demand for a fair trial and justice. 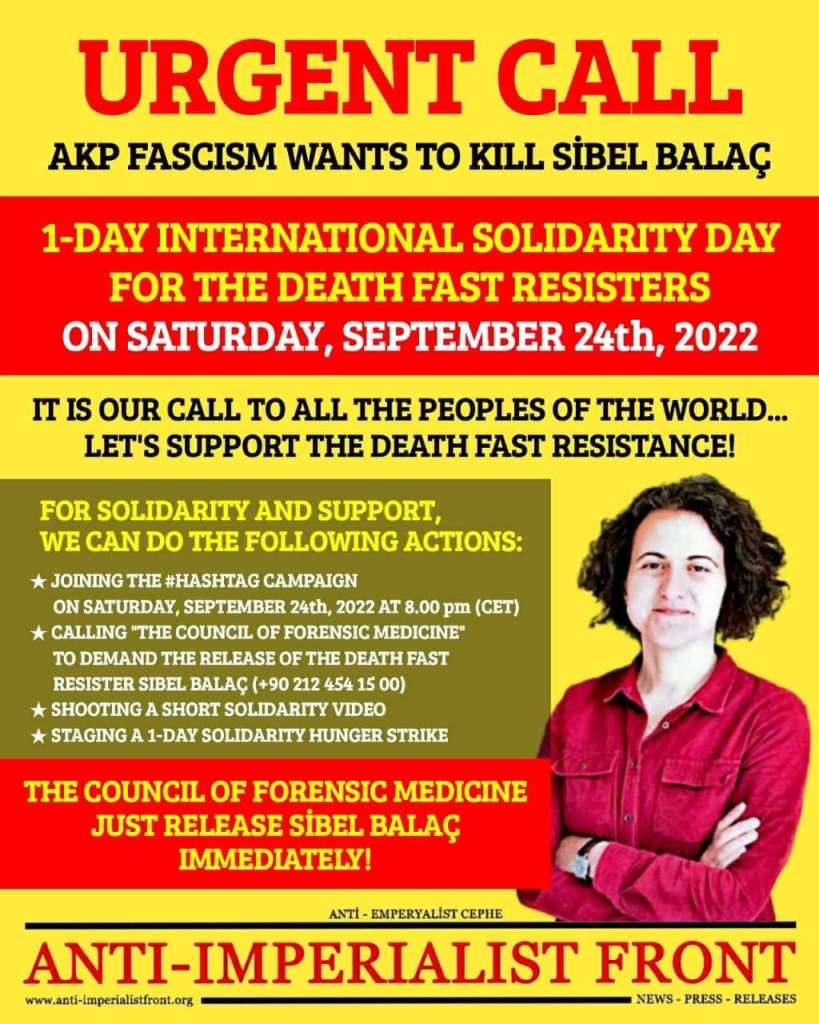 There is something that everyone can do and let’s raise the cry for justice with the slogan “all for one, one for all” to take Sibel Balaç away from the hands of oppression

– 1-day support hunger strike
– Let’s take videos and/or pictures calling for solidarity and ATK and share them on Twitter by tagging ATK’s account @ADLITIPKURUMU
– Without waiting for the weekend, let’s call ATK at + 90 212 454 1500 and ask them to release Sibel as soon as possible
– At 20:00 CET, let’s write to the tag to be announced by the @_AIF account and ask the Forensic Medicine Institution to issue a release decision first

ATK SHOULD TAKE INTO ACCOUNT THE HOSPITAL REPORT “SİBEL BALAÇ CANNOT STAY IN HOSPITAL, HER SENTENCE SHOULD BE SUSPENDED” AND ORDER HER RELEASE 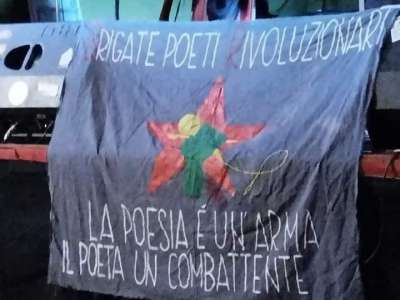 The week-long 5th Internationalist Revolutionary Poetry Festival was organised in Bari, Italy. The festival was ...
By 1917soviet
October 29, 2022

Freedom for Sibel Balac and all left-wing political prisoners in Turkey! The Socialist Movement of ...
By 1917soviet
September 26, 2022

With the call of the Anti Imperialist Front, a series of activities were held on ...
By 1917soviet
September 25, 2022