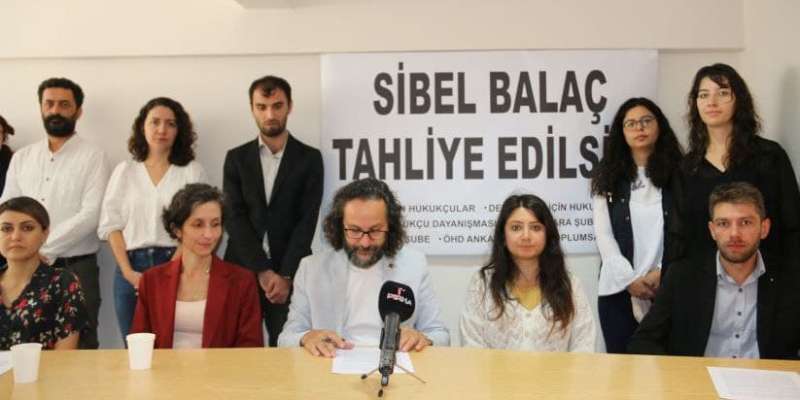 ANKARA – Legal organisations in Ankara have called for the immediate release of Sibel Balaç, who has been on death fast for 278 days, without waiting for the ATK report.

Progressive Lawyers Association (ÇHD) made a declaration at the association’s office in Ankara to demand the release of Sibel Balaç, who started a hunger strike on 19 December 2021 to demand a fair trial. Representatives of Lawyers’ Association for Freedom (ÖHD), Human Rights Association (İHD), Lawyers for Justice, Lawyers for Democracy, Lawyers Solidarity and Social Law also attended the statement. A banner reading “Release Sibel Balaç” was hung in the hall where the statement was made to draw attention to the situation of Balaç, who has been on hunger strike for 278 days.

Murat Yılmaz, President of ÇHD Ankara Branch, shared the following information about the health condition of Balaç, who has lost 47 kilograms and has sores in her mouth and hands “She has numbness in her feet and legs and cannot walk. She has intense pain due to the damage to her nerve endings. As Sibel Balaç’s health deteriorated to the extent that she could not stay in prison due to the death fast, a request was made to postpone her execution according to Article 16 of the Execution Law. Upon this request, Sibel Balaç was taken to Ankara Dışkapı Yıldırım Beyazıt Training and Research Hospital on 7 September 2022 to receive the medical board report that would constitute the basis for the decision to postpone the execution. Sibel Balaç has been kept in the so-called ‘Prisoner Ward’ of the mevki annex building of the same hospital for 16 days.” 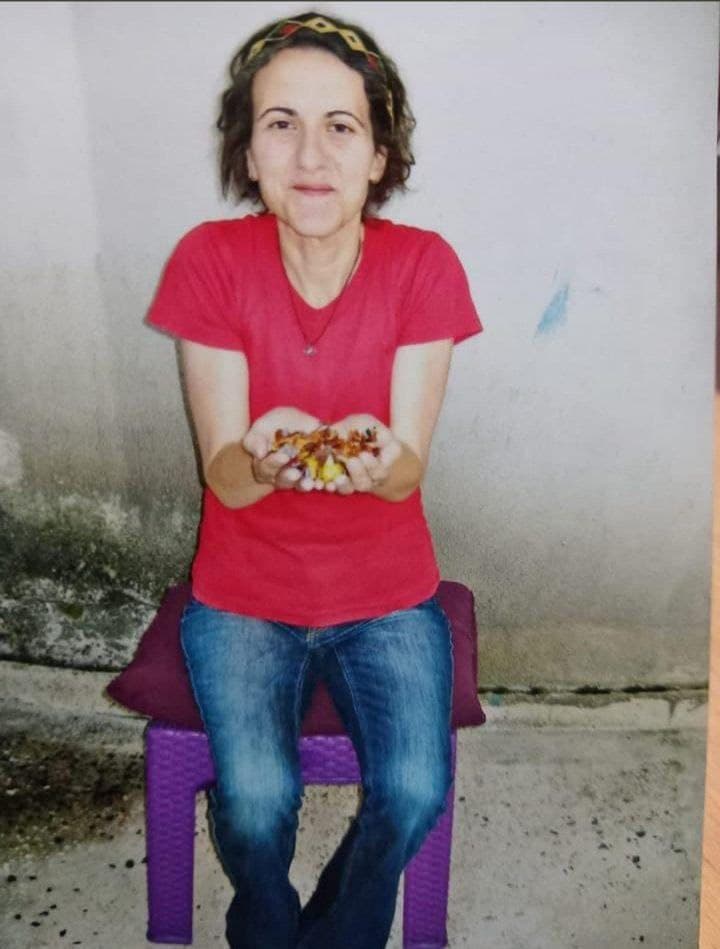 ‘HER CONDITION IS DETERIORATING’

Stating that Balaç lost 3 kilograms very rapidly in the first week of her detention, Yılmaz said: “The prisoner ward is under the floor and is a stuffy area with no ventilation system. It has an intense smell of toilet and food. Since it is a prisoner ward, cleaning materials are not provided inside and it is filthy. So much so that our colleagues who go to see their client state that they have difficulty in tolerating these conditions during their visits. Dozens of sick prisoners come to the prisoner ward in the annex building of the Mevki, which is said to be the only usable prisoner ward in Ankara, every day, and they are kept in the detention centre here without masks. While these conditions can make even a healthy person sick, they seriously jeopardise the health condition of Balaç, who has left 9 months behind in the death fast.”

REQUEST FOR ‘POSTPONEMENT OF EXECUTION OF THE SENTENCE’

Yılmaz stated that Balaç’s medical file was sent to the Istanbul Forensic Medicine Institution on 19 September and said, “However, days have passed and the ATK has not prepared its report. When the stage of Sibel Balaç’s health condition is combined with the effects of the conditions in which she is held, it is clear that every day is critical. For this reason, the Forensic Medicine Institution should prepare a report on Sibel Balaç as soon as possible and the prosecutor’s office should decide to postpone the execution of the sentence of Sibel Balaç.”

‘SHE SHOULD BE EVACUATED WITHOUT WAITING FOR THE REPORT’

Balaç’s lawyer Betül Vangölü Kozağaçlı stated that the conditions in which Balaç is being held are bad. Kozağaçlı said, “An execution of the sentence postponement report should be issued as soon as possible. It is not weeks anymore, days and even hours are very important. She has no time to lose one more day. Even the report should not be waited and the prosecutor’s office should immediately decide to release Sibel. We do not want to lose Sibel. As her lawyers, we meet with Sibel every day. We see the negative situation in Sibel every day. The ATK will prepare a report based on the examinations and evaluations of 15 days ago. However, Sibel’s health condition has worsened in 15 days. Sibel is being kept in a giant toilet. No one can live in the place where Sibel is being kept’.