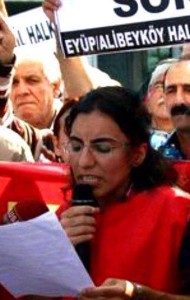 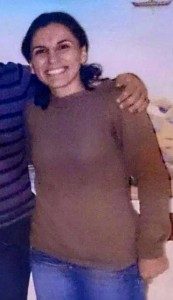 Today the AKP-police carried out massive attacks on several houses of revolutionaries and democratic, socialist institutions and arrested dozens of people under torture.

They came with 5 thousand police forces, 2 thousand anti-riot forces and special operation teams for these attacks in 26 counties of Turkey.
Accompanied also by helicopters the police assassinated People’s Front member Günay Özarslan in a house in Istanbul/Bagcilar during these raids.

The lawyers of the assassinated are not allowed to enter the scene while investigations continue and they also also excluded from the autopsy at the Forensic Medical Institution. This indicates very clear that the state wants to hide proofs for its murder and lay a plot. The lawyers of the People’s Law Office started a sit-in protest
(watch video) demanding justice.

The Turkish media talk about an “operation against PKK, DHKP-C and ISIL”, trying to obscure the fact, that the AKP-government solely aimed at revolutionaries, while terrorist gangs like ISIL are equipped by the same government with arms and injured gang members receive medical treatment. Just remember the massacre in Suruc with 32 left victims. Water canons and tear gas earlier applied at the scene than ambulances. It was the same scene like in Diyarbakir during the election campaign meeting of HDP, where people were killed in a bomb attack and injured couldn’t get first care before being attacked another time with tear gas and water canons by the police.

One, who has a little idea about the harsh methods the AKP police uses against its opposition, knows that criticism to the government is mostly answered with violence.
The British citizen Stephen Kaczynksi who was arrested by the police, only because he was present at a the Cultural Center of Grup Yorum in Istanbul during a police raid on 2nd April 2015, is not allowed to receive any book, newspaper or magazine which criticizes the state. Stephen is on hunger strike for exactly 30 days now to fight this rights violations and isolation conditions, and his health and life is already under serious threat.

While revolutionaries and opposition forces to the state are tortured, executed and subjected to all kinds of human rights violations only because of democratic protest, ISIL members are arrested proforma and not even handcuffed during their arrest.