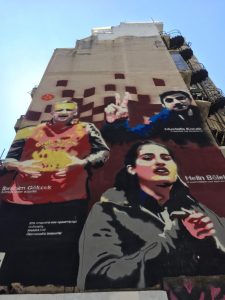 After their martyrdom, artistic works supported by hundreds of artists and actions in which thousands of people participated were organised. The strength of the resistance shook the Greek people and became a source of morale in the fight against fascism. While the support activities are still continuing today, our death fast martyrs will be remembered again and continue to guide with the work that a graffiti artist engraved on the wall at his request.

Under the pictures was written: Starry Heart İbrahim Gökçek, Commander of the Seven Notes Helin Bölek, Justice Warrior Mustafa Koçak, and “also We will not forget, we will ask for an account” and “immortal” in three languages.
During the three days of the drawing being created, the Peoples Front opened their stands with Grup Yorum

folk songs. Information was given about the resistance at the stand, where the interest was intense. Our Greek friends, who displayed the best examples of solidarity, took lots of pictures while their graffiti works were going on 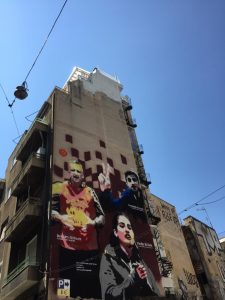 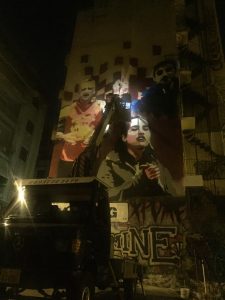