“What kind of spirit is this that makes a foreigner selflessly adopt the cause of the Chinese people’s liberation as his own?
It is the spirit of internationalism, the spirit of communism, from which every Chinese Communist must learn….
We must unite with the proletariat of all the capitalist countries, with the proletariat of Japan, Britain, the United States, Germany, Italy and all other capitalist countries, before it is possible to overthrow imperialism, to liberate our nation and people, and to liberate the other nations and peoples of the world.
This is our internationalism, the internationalism with which we oppose both narrow nationalism and narrow patriotism.”
(Mao Tse Tung)

Let us join the 9th International Eyup Bas Symposium for Unity of the Peoples Against Imperialist Aggression which will be held on 8-9 September in İstanbul – Küçükarmutlu! 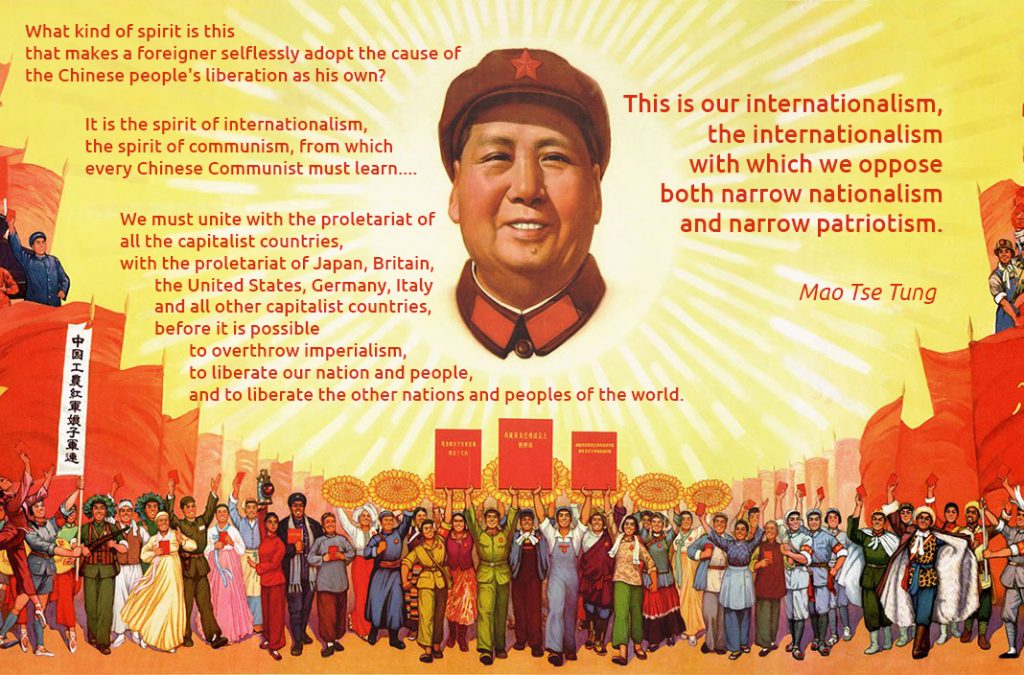 QUOTE OF THE DAY #5 – INTERNATIONALISM