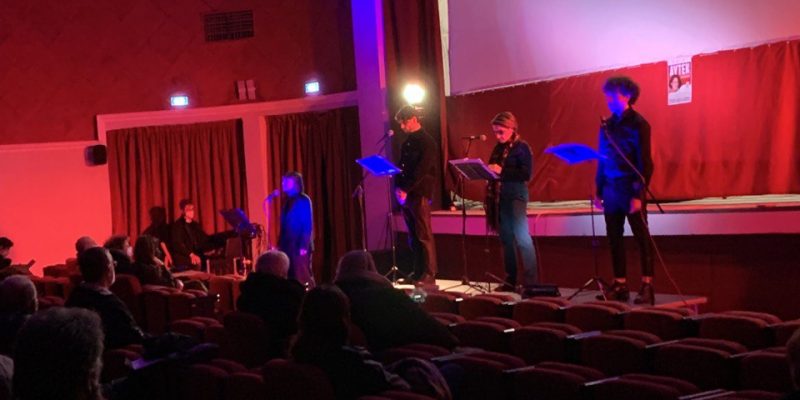 The theater was staged based on the defense that Ayten told about torture in court.

The game, which consists of 4 people and is based on speech, was played standing up.

There was a short musical performance at the entrance.

Monica Vellucci has interpreted pieces composed by Pietro Loffredo just for this play.

An online meeting was held on July 25 with representatives of Italian feminist associations and ...
By 1917soviet
July 28, 2022
Next Article:
March 21, 2022
min read
Social connect:
or