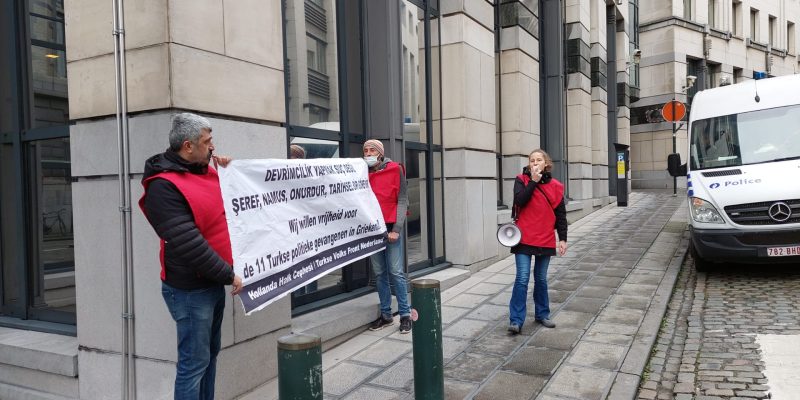 The long march launched for 11 revolutionaries from Turkey imprisoned in Greece continues with a press release in front of the Greek Embassy in Belgium.

In a press statement made in front of the Belgian Greek Embassy for 11 revolutionaries from Turkey on Tuesday, February 22, it was announced that the Greek state had unlawfully sentenced 11 people to 333 years in prison in line with the instructions of the US imperialism and Turkey. It was emphasized that the struggle will continue until these unjust decisions are taken back and 11 revolutionaries from Turkey are released.

After the announcement, made an interview with Rote Hilfe Belgium.

The Long March in Austria