43 years on the assassination of Comrade Ghassan Kanafani, revolutionary leader and writer
Jul082015

kanafani9“The Palestinian cause is not a cause for Palestinians only, but a cause for every revolutionary, wherever he is, as a cause of the exploited and oppressed masses in our era.” – Comrade Ghassan Kanafani

43 years following the Zionist assassination of the leader, the writer, the strategist, and the visionary Comrade Ghassan Kanafani, the Popular Front for the Liberation of Palestine once again recommits to the revolutionary clarity, political insight and creative vision that animated his leading role in the Palestinian revolution. We remember the martyr Ghassan Kanafani – assassinated in Beirut on July 8, 1972 by a car bomb, along with his niece Lamis – whose voice was not only that of the spokesperson of the PFLP but of the Palestinian revolution and the Palestinian people. His humanity, artistic and creative innovation, literary brilliance and dedicated revolutionary commitment remains the most relevant example for leadership in our struggle for liberation and return.

His clarity of vision prioritized and highlighted the necessary and revolutionary role of the Palestinian popular classes while exposing the role of Zionism, imperialism and Arab reaction.

Perhaps the Mossad and the Zionist state believed that by killing Kanafani, they could kill his ideas and everything he represented. On the contrary, his words echo today in Palestinian hearts in the homeland and exile everywhere as we march toward the revolutionary victory he envisioned.

Ghassan Kanafani and the Culture of Resistance

Ghassan Kanafani: The Leader, The Writer, the Martyr

Comrade Ghassan Kanafani was born in Acre in 1936, and his family was expelled from Palestine in 1948 by Zionist terror, after which they finally settled in Damascus. After completing his studies, he worked as a teacher and journalist, first in Damascus, and then in Kuwait. Later he moved to Beirut and wrote for several papers before starting Al Hadaf, the weekly paper of the Popular Front for the Liberation of Palestine (PFLP), in 1969. He was the spokesperson of the PFLP and a member of its Political Bureau, as well as a great novelist and artist whose immense contributions cannot be overstated.

To begin with, Kanafani was an active member of the Arab Nationalist Movement, the forerunner of the PFLP, but later, along with his comrade George Habash, he became a Marxist, believing that the solution to the problems which faced the Palestinians could not be achieved without a social revolution throughout the Arab world.

Kanafani was killed when his car exploded in July 1972: murdered by Zionist agents. His sister wrote: 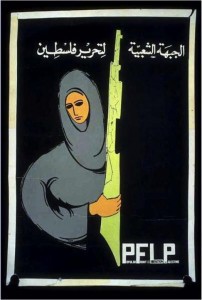 “On the morning of Saturday, July 8, 1972, at about 10:30 am, Lamees (Kanafani’s niece) and her uncle were going out together to Beirut. A minute after their departure, we heard the sound of a very loud explosion which shook the whole building. We were immediately afraid, but our fear was for Ghassan and not for Lamees because we had forgotten that Lamees was with him and we knew that Ghassan was the target of the explosion. We ran outside, all of us were calling for Ghassan and not one of us called for Lamees. Lamees was still a child of seventeen years. Her whole being was longing for life and was full of life. But we knew that Ghassan was the one who had chosen this road and who had walked along it. Just the previous day Lamees had asked her uncle to reduce his revolutionary activities and to concentrate more upon writing his stories. She had said to him, “Your stories are beautiful,” and he had answered, “Go back to writing stories? I write well because I believe in a cause, in principles. The day I leave these principles, my stories will become empty. If I were to leave behind my principles, you yourself would not respect me.’ He was able to convince the girl that the struggle and the defense of principles is what finally leads to success in everything.”

In the memoir which Ghassan Kanafani’s wife published after his death, she wrote:

“His inspiration for writing and working unceasingly was the Palestinian-Arab struggle…He was one of those who fought sincerely for the development of the resistance movement from being a nationalist Palestinian liberation movement into being a pan-Arab revolutionary socialist movement of which the liberation of Palestine would be a vital component. He always stressed that the Palestine problem could not be solved in isolation from the Arab World’s whole social and political situation.”

This attitude developed naturally out of Kanafani’s own experiences. At the age of twelve he went through the trauma of becoming a refugee, and thereafter he lived as an exile in various Arab countries, not always with official approval. His people were scattered, many of them making a living in the camps or struggling to make a living by doing the most menial work; their only hope lay in the future and in their children. Kanafani himself, writing to his son, summed up what it means to be a Palestinian:

“I heard you in the other room asking your mother, ‘Mama, am I a Palestinian?’ When she answered ‘Yes’ a heavy silence fell on the whole house. It was as if something hanging over our heads had fallen, its noise exploding, then – silence. Afterwards…I heard you crying. I could not move. There was something bigger than my awareness being born in the other room through your bewildered sobbing. It was as if a blessed scalpel was cutting up your chest and putting there the heart that belongs to you…I was unable to move to see what was happening in the other room. I knew, however, that a distant homeland was being born again: hills, olive groves, dead people, torn banners and folded ones, all cutting their way into a future of flesh and blood and being born in the heart of another child…Do you believe that man grows? No, he is born suddenly – a word, a moment, penetrates his heart to a new throb. One scene can hurl him down from the ceiling of childhood onto the ruggedness of the road.”

Comrade Kanafani’s ability to illustrate, beyond any. shadow of doubt, the deprivation and sufferings of his people, as well as to transform an ideology and political line into popular literature made him a grave threat to the Zionist entity.

The following are excerpts from a tribute to Ghassan by one of his colleagues, a Palestinian author, S.Marwan, published in Al Hadaf on July 22, 1972. 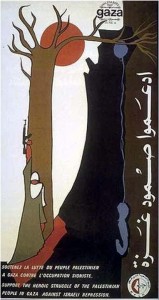 THE STRUGGLE OF THE OPPRESSED OF THE WORLD

“Imperialism has layed its body over the world, the head in Eastern Asia, the heart in the Middle East, its arteries reaching Africa and Latin America. Wherever you strike it, you damage it, and you serve the World Revolution.”

Imperialism is not a myth or a word repeated by the news media, a motionless picture that doesn’t affect the human reality. In Ghassan Kanafani’s conception, it is a mobile body, an octopus which colonizes and exploits, spreading itself over the world through western monopolistic enterprises.

Imperialism is directing various forms o€ aggression against the toiling masses of the world, and particularly in the underdeveloped countries.

Based on the slogan: “All the Facts to the Masses”, raised in Al Hadaf, Ghassan Kanafani put his clear intellect in the service of the masses and their objective class interests, leading him to state: “The desire for change which is sweeping through the Arab masses, must be motivated by ideological and political clarity, which is absolute. Thus, Al Hadaf devotes itself to the service of that revolutionary alternative, as the interests of the oppressed classes are the same as the goals of the revolution. It presents itself as the ally of all those carrying on armed and political-ideological struggle to achieve a liberated progressive nation.”

The natural base for Ghassan’s intellectual and artistic work was adopting and defending the interests of the toiling masses, not only of the Palestinians, but also the Arabs and the international oppressed classes. Because of this fundamental base for all of his work, Ghassan Kanafani, as a Marxist, adopted the path of armed struggle as the only way to defend the oppressed.

He was himself part of them; he lived and experienced the poverty caused by capitalism and imperialism and he remained within the ranks of the oppressed masses, in spite of the capitalists’ temptations and their attempts to encircle his journalistic life. He remained a humble man who worked day and night to raise and develop the quality of human life out of the adversity imposed by history.

Addressing himself to a group of students, Ghassan said: “The goal of education is to correct the march of history. For this reason we need to study history and to apprehend its dialectics in order to build a new historical era, in which the oppressed will live, after their liberation by revolutionary violence, from the contradiction that captivated them.” Ghassan Kanafani had not only achieved the knowledge of historical materialism, but he applied it in his work. The concept that he believed in and lived for was shown clearly in what he said and wrote. The primary contradiction, is the one with imperialism. Zionism and racism. It is an international contradiction, and the only solution is to destroy these threats by a united and steadfast armed struggle, he encouraged and raised the spirit of internationalism among all the people he addressed or knew.

This belief made him reject all compromises, all bourgeois or divisive solutions, which do not encompass or apply the thesis and development of the revolution and its long path towards liberation, striking the Interests of imperialism and consolidating with the masses. He said in a comment about the martyred Patrick Arguello: “The martyr Patrick Arguello is a symbol for a just cause and the struggle to achieve it, a struggle without limits. He is a symbol for the oppressed and deprived masses, represented by Oum Saad and many others coming from the camps and from all parts of Lebanon, who marched in his funeral procession.”

In discussions about the imperialist reactionary schemes against the revolutionary forces, he stated:

“The results of the imperialist assault will be directed against the oppressed masses to prevent them from mobilizing and fighting.”

This position was based on the analysis of the stand of the Arab regimes and the regimes of the underdeveloped countries in general, which retreat under the strokes of imperialism.

In the context of international revolution, he said:

“The Palestinian cause is not a cause for Palestinians only, but a cause for every revolutionary, wherever he is, as a cause of the exploited and oppressed masses in our era.”

As the struggle of the international proletariat against imperialism was the main issue for Ghassan Kanafani, the conspirators behind his assassination feared his clear and logical confrontation stand, which was revealed in his works and through the western news media. This drove imperialism and its reactionary allies to stop the pen which refused to surrender to their temptations or warnings. Ghassan Kanafani transformed the Palestinian and Arab cause to a cause through which we adopt the struggle of all the exploited and oppressed in the world.

Ghassan’s commitment will remain a monument for the struggling masses. He said in a meeting with the staff of Al Hadaf: “Everything in this world can be robbed and stolen, except one thing; this one thing is the love that emanates from a human being towards a solid commitment to a conviction or cause.” 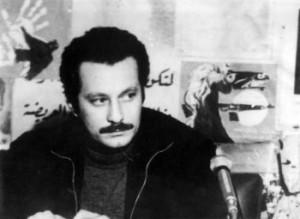 #Yemen is on the brink of a humanitarian disaster. If you’re not prepared to sit back & watch that happen, act now: UPRISE FOR YEMEN