Members of communist, anti-imperialist and anti-fascist organisations rise up to defend the sovereignty of Belarus.
On 16 and 17 October, demonstrations and gathering in support of the Belarusian people were held in various Italian cities. The events were organised by the Communist Party and the revolutionary socialist organisation M-48. They were also joined by the maoist party P CARC.
The Italian communists are convinced that Belarus is under the blow of an international aggression aimed at plundering and destroying the still sovereign and rich country. And the enemy of the West is not the so-called dictator, but the anti-imperialist policy pursued by the Belarusian authorities.
Left-wing activists in Italy have described their event as the first national anti-imperialist mobilization in support of Belarus. The result of the action was a meeting of the Communist delegation with employees of the Embassy of the Republic of Belarus in Rome, with whom they intend to cooperate in defence of the national sovereignty of the country, against Euro-Atlantic imperialism and its fascist thugs. 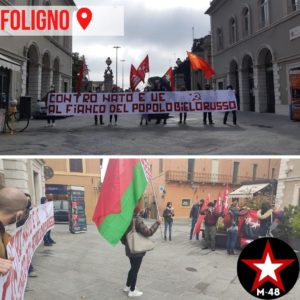 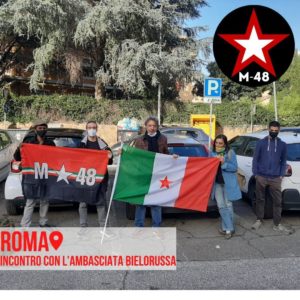 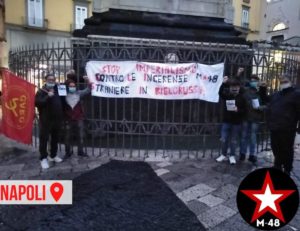 SOLIDARITY WITH VENEZUELA AND THE PEOPLE OF LATINAMERICA