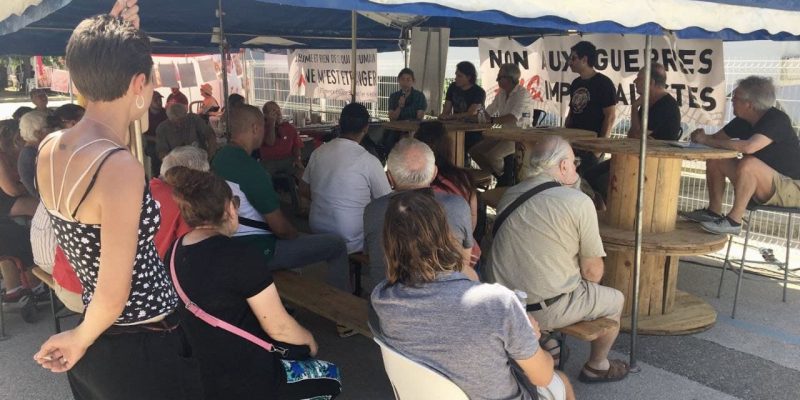 Anti-imperialist front participated in the Festival organized by the French organization ANC on 25 and 26 June in Marseille, in the south of France.

On June 26th, AIF participated as a speaker in a panel on Europe. AIF talked about the Death Fast resistance, the punishment they received, false evidence and witnesses.

The struggle against drug gangs in our neighborhoods under Gökhan Yıldırım was also explained.
Flyers about Sibel Balaç and Gökhan Yıldırım were distributed and participants were invited to write letters.

In the Greece section, 11 revolutionary prisoners and their unjust trials were explained. Organizations were called to participate in the Symposium to be held in Athens in October.

The festival was held in the area of the company known by the brand name 1336, which was occupied just like Kazova, and later became a cooperative.

Because of the 1336 days of resistance, the brand name of the tea they produce is 1336.