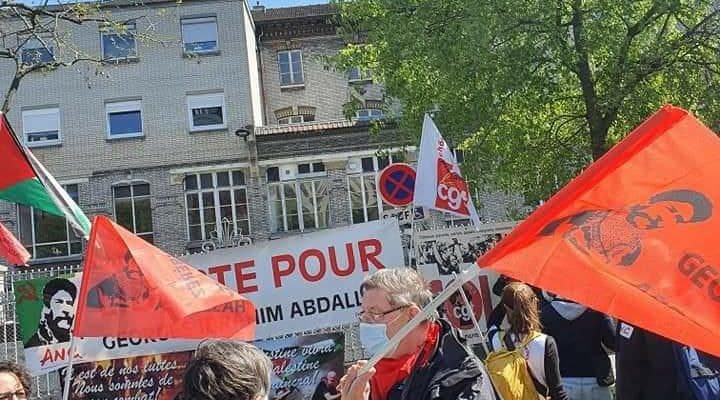 The Committee for the Freedom of George Ibrahim Abdallah, supported by 70 organizations, marched for Abdallah’s freedom in Paris on June 18.

Like Ali Osman Köse, who has been imprisoned for almost 40 years and arbitrarily imprisoned, the Anti-imperialist front defends his freedom and participated in both the march and the concert that followed.

The march opened with Abdallah’s speech. In his speech he did not forget to mention Sibel Balaç and Gökhan Yıldırım, who are currently on death fast.

After the march was over, the participating organizations made speeches.

A statement was read from AIF about Sibel Balaç and Gökhan Yıldırım, who are on the Death Fast resistance.

After the march, Grup Yorum gave a concert.

NO TO FORCED-FEEDING! ACCEPT THE DEMANDS OF ÖZGÜL EMRE