On May 25, 2020, in Minneapolis, Minnesota, USA, am African-American man, named George Floyd was killed by strangulation by four police officers on the street, in broad daylight, in front of the eyes of a dozen of passers-by. Shortly before he was killed, Floyd was detained on suspicion of trying to pay with a counterfeit banknote at a nearby store. It is clear from the videos posted on social networks that the police used torture and excessive force against him. Based on previous similar cases of killings by police, we can say that this murder is racist, as a consequence of impunity and lack of justice for similar crimes committed over the years, both by police officers and representatives of other law enforcement agencies and as well as by mass murderers adherents of fascist and racist ideas.

This murder cannot be reduced to the actions of one individual police officer, or a group of police officers, or even the actions of an entire police department. The assassination of George Floyd is a product of the imperialist-capitalist system, which through all its components – courts, police, social system, health system, educational institutions, creates inequalities by instilling and inciting segregation on racial, social and religious grounds, fascism and racism. This is particularly pronounced in the field of law enforcement, where police officers and military personnel go through ideological training, turning them into killing machines rather than law enforcement officers, much fewer defenders of human life and health.

Racism and fascism have been part of the capitalist system since its inception. They intensified most during periods of the general crisis of imperialism and capitalism and were used as a means of overcoming this crisis. By dividing peoples on racial, ethnic, national and religious grounds, the imperialists and their lackeys’ pit peoples against each other, causing them thousands of sufferings, and ultimately occupying and exploiting their countries. Examples of this over the last 29 years can be found in Yugoslavia, Afghanistan, Iraq, Libya, Syria, Ukraine, and in every other country in the world where capitalists are in power.

These tendencies also directly affect the peoples of countries – imperialist metropolises such as the United States. There, in recent years, and especially since the coming to power of the current President – Donald Trump, there has been a significant increase in racist and fascist sentiments, with armed fascist gangs openly demonstrating their ideas and unhinderedly holding rallies, organizing and attracting new supporters. They also commit many crimes, including single and mass killings of people, mostly from African-American, Latin American communities and people from different races, immigrant communities, but also from various religions and poor sections of the society.

Added to all this is the non-punishment, justification, patronage, and even open encouragement of police officers and other law enforcement officers, as well as supporters of fascism and racism, to commit their crimes. In all the more well-known cases of murders committed by openly racist police officers, none of the perpetrators have been prosecuted for their actions, and even a few of those who have been tried or investigated for their crimes, they were eventually acquitted. This has created and continues to cause injustice, which in turn has led to the accumulation of anger and pain, both in the families and friends of the men and women killed by the police and fascist gangs and in society as a whole.

We can say that these injustices accumulated over the years, as well as the inequalities caused by capitalism, which once again became clear with the crisis caused by the coronavirus pandemic, led to today’s mass protests in many US cities and the Minneapolis riots. It could be said that the murder of George Floyd was the last straw and ignited the spark of the uprising. People’s anger is completely justified because when injustice is imposed as a norm, resistance to it is completely legitimate and just.

Meanwhile, US President Donald Trump has begun threatening people protesting against racism and police impunity. Protests in many major US cities have been brutally attacked by the police, with footage circulating in the media and on social networks, showing people being tortured in the streets. All of this is happening not in a neo-colonial country, but in the United States, a country whose ruling class often criticize and threaten countries that are uncomfortable with its interests for using police violence against demonstrators, who in most cases are mercenaries who sold their soul and body to imperialism for 20 cents. A country that allows itself to teach the world lessons in “democracy and human rights” declares a state of emergency and sends troops against its citizens. This once again shows to us the real face of the imperialists and their lackeys – hypocrites who would do anything if their interests are affected.

Today, those who claim that they are not affected by racism and fascism, the inequalities and injustices created by the imperialist-capitalist system, are either naive or people who have completely lost any connections with the reality.

Injustices affect us all, to one degree or another, in one form or another, in every country in the world they are present today more than ever, this is even clearer during the continuing crisis caused by the coronavirus pandemic.

Therefore, the efforts of all people who call themselves progressives, leftists, socialists, Marxists, communists, etc. must be aimed at creating and uniting all the working class people, all oppressed against the common enemy, imperialism and its lackeys. Only by uniting our efforts, we can oppose our common enemy. Only people who are its victims can put an end to racism, fascism, imperialism, and capitalism. But in order not to be victims anymore, but destroyers of our common enemy and the evils created by it, we must unite and fight with all methods and means.

In his last conversation with his relatives, our comrade political prisoner Mustafa Koçak, who martyred at 22:50(local time) on April 23, 2020, on the 296th day of his hunger strike till death demanding justice, said: “I can’t breathe!”

In his last moments, as he was pressed by the killer cops on the ground, George Floyd said, “I can’t breathe!”

Murderers must not go unpunished!

Let us unite and fight against our common enemies’ imperialism and fascism! 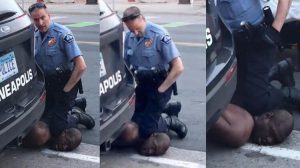 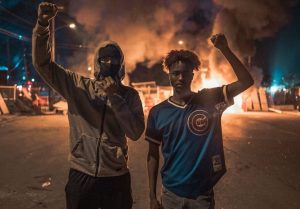 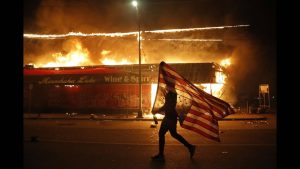 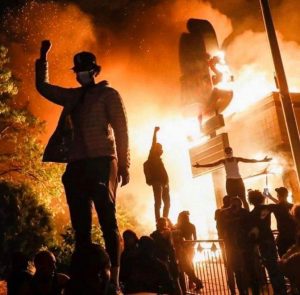 Free prisoner Didem Akman’s phone call from the prison shes in, who is on the 102nd day of her death fast.