Hillary Clinton Implicated in Honduras Coup, Emails Reveal. Hillary Clinton requested the help of Davis, an adviser to a group of Honduran businessmen who had supported Zelaya’s ouster. | Photo: Reuters Previous Next Published 7 July 2015 (10 hours 9 minutes ago) 0+ We Recommend The U.S. said they were working to restore ousted-president Zelaya, while in fact ensuring the coup government’s grip on power. A new round of emails from Hillary Clinton’s time as U.S. Secretary of State released last week, reveals her connection with backers of the 2009 military coup that toppled Honduran president Manuel Zelaya. According to an email exchange in the aftermath of the coup, Clinton requested the assistance of a prominent PR advisor Lanny Davis as a back-channel to Roberto Micheletti, the interim president after the coup. Davis was also an adviser to a group of Honduran businessmen who had supported Zelaya’s ouster . The request came a week before Clinton brokered a deal to reinstall Zelaya through a national unity government. According to the Intercept, this was an attempt at undermining the democratically elected left-wing president while not explicitly endorsing the coup. The plan failed however as the legal vacuum left by the coup made the return of Manuel Zelaya impossible. The U.S. State Department continued to support and recognize what many considered fraudulent elections by the post-coup government, saying they were “free, fair and transparent.” RELATED: Evidence Reveals Canada, UK Involvement in Venezuela Coup Plot According to the Intercept, the U.S. presented a facade in the media saying they were working to restore the democratically elected Honduran government, while in fact ensuring the coup government’s grip on power. In another email exchange Assistant Secretary of State Thomas Shannon, who was in Honduras the week prior to the coup to meet with the civilian and military groups that later participated in the coup, applauded the U.S. for “having worked so hard to manage and resolve this crisis.” Zelaya was inspired by the policies of Hugo Chavez to combat poverty and had joined the Bolivarian Alternative for the Americas (ALBA) a year prior to his ouster. In the aftermath of the coup, the homicide rate increased by 50 percent while political repression and assassinations of political opponents, farmer organizers and LGBTQI activists heightened dramatically.

This content was originally published by teleSUR at the following address:
http://www.telesurtv.net/english/news/Hillary-Clinton-Implicated-in-Honduras-Coup-Emails-Reveal-20150707-0022.html. If you intend to use it, please cite the source and provide a link to the original article. www.teleSURtv.net/english 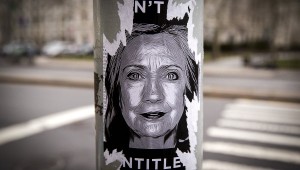