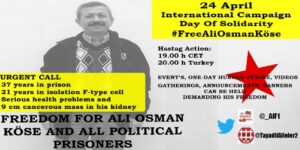 Ali Osman Köse has been a prisoner for 37 years and has been in an isolation cell for 21 years, in March, a 9 cm cancer cyst was detected in his kidney and before that he could not live alone in prison. He couldn’t eat alone, he couldn’t walk alone, he lost consciousness. After the surgery, in the medical examination held at Tekirdağ Namık Kemal University Hospital normally 10 doctors should examine but only 2 doctors examined him and 8 doctors signed the healthy report without seeing him. And he was given a report that he could stay in prison alone. Tekirdag Namik Kemal University doctors committed crimes. Covid-19 virus excuses were made by saying that there are no empty rooms. While the ruling party has rallies and funerals with tens of thousands of people, Ali Osman Köse is not treated by making the excuse that there is no room in the hospital. Ali Osman Köse’s surgery was not done, his right to treatment was not granted. Tekirdag Namik Kemal University Hospital doctors commit crimes. On the instructions of the AKP, they close their eyes to the murder of a revolutionary sick prisoner.
Ali Osman Köse must be released immediately, he cannot stay in prison alone and continue his life, he must be released and treated to recover his health.
For this purpose, 24 April has been declared a day of solidarity throughout Europe and Turkey.we are broadcasting hunger strikes, embassy actions and support actions in support of this from all over the world. 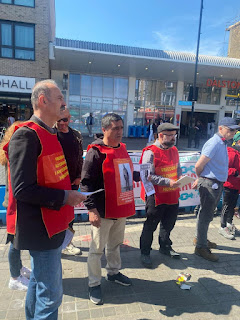 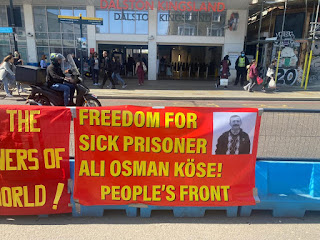 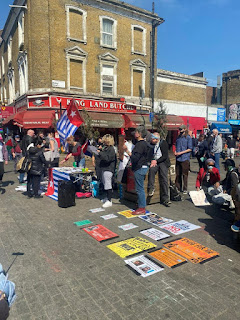 France: a total of 14 people went on hunger strike in Paris and Nancy and banner hung in Toulouse, videos of solidarity were filmed. 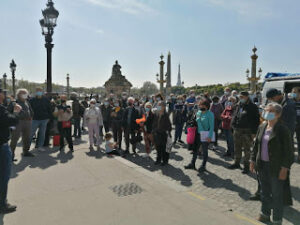 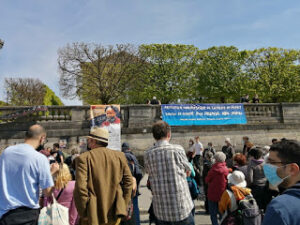 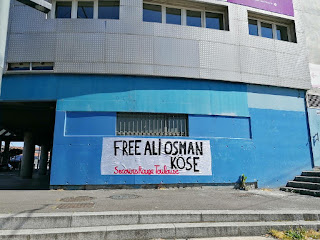 Austria: 6 people went on a hunger strike in support and a video of solidarity was released, an act of support was held in the city center. 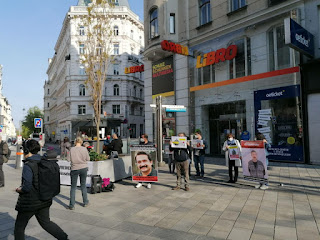 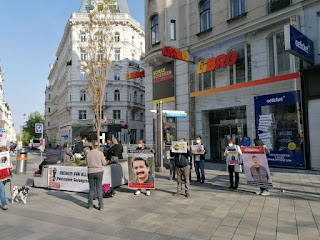 Germany: solidarity hunger strikes were held in many parts of Germany, and solidarity videos were shot, and handouts were left on doors in Turkish neighborhoods. A total of 55 people went on hunger strike. 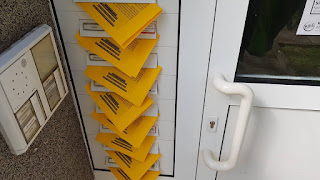 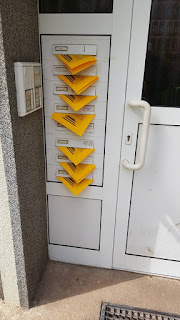 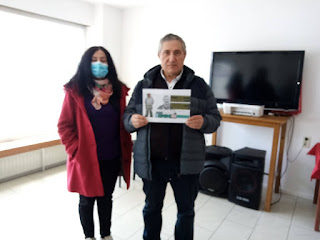 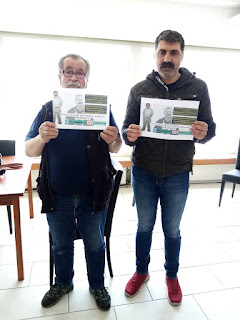 Greece: 11 Turkish prisoners and 15 people a total of 26 people staged a one-day support hunger strike and the action was held in front of the Turkish embassy, solidarity videos were shot. 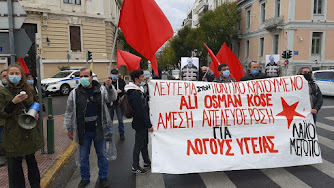 Turkey: solidarity videos were shot from many places while the hunger strike was being held.

Belgium: events were held in Belgium on a day of solidarity with Ali Osman Köse, and 12 people went on hunger strike.

At 20:00 in the evening across Europe and Turkey, hashtags were posted on Twitter and thousands of #FreeAliOsmanKöse #aliosmanköseyeözgürlük tweets were posted.
Acts of solidarity have been held for the free prisoner Ali Osman Köse, a patient from all over the world, we will grow our solidarity until Ali Osman Köse is released and treated.
Solidarity Is The Weapon Of Peoples
Freedom For All Sick Prisoners
Freedom To Ali Osman Köse

The anti-imperialist front of Greece organized a solidarity event with the sick prisoner Ali Osman Köse and the Palestinian prisoners.

Banners demanding the freedom of the revolutionaries from Turkey, who have been imprisoned in Germany, ...
By AIF Greece
January 26, 2023
Next Article:
April 25, 2021
min read
Social connect:
or