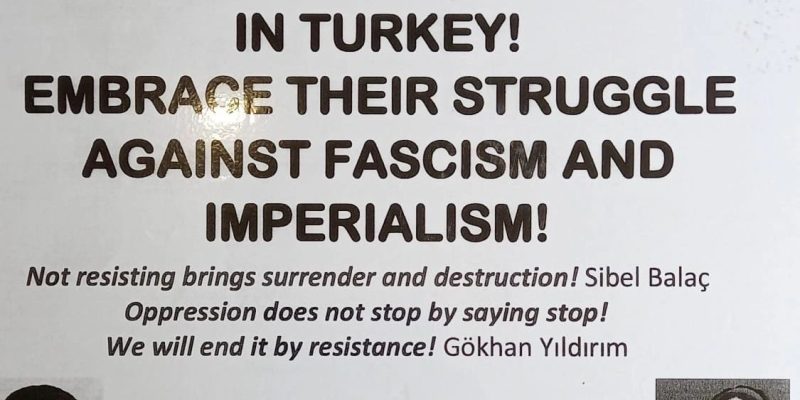 Sibel Balaç, a teacher, resigned her job in 2018 in protest at the mass purges of left-wing activists from the public sector in Turkey. Anybody who stood against Erdogan’s fascist regime was a target for removal and over 120,000 civil servants with left-wing ideology were removed. Sibel was arrested in December 2018 for taking part in large scale protests against the regime and was sentenced to 8 years in prison. Gökhan Yıldırım  was sentenced to 47 years in prison on charges of “being a member of an armed terrorist organization”, despite little to no evidence being put to him.

Sibel’s health has rapidly deteriorated in gaol, she has had several surgeries to treat a chronic health condition which threatens to leave her paralyzed if not properly treated. Sibel and her comrades began a protest to demand her release in order for her to gain adequate medical treatment and medical care.

The fascist regime has been waging a long and murderous campaign against left wing activists in Turkey. From the infamous hunger strikes of 2000 where scores of prisoners died in brutal F-Block gaols, through to the Kurdish prisoners’ strikes in 2011, the fascist Turkish regime has showed murderous intent towards political prisoners. Saoradh is an organisation which stands for international solidarity and sends our unwavering support to Sibel Balaç and Gökhan Yıldırım in their continued fight. 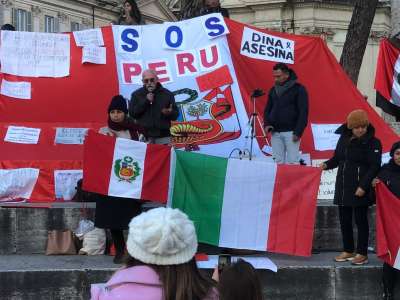