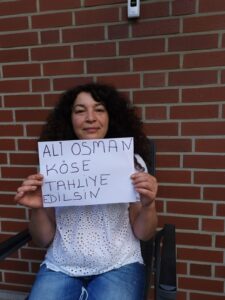 Today, on June 25, more than ,80 people in various countries stress their international solidarity with the cancer-ill political prisoner Ali Osman Köse by carrying out a one-day hunger strike. This action has been supported as far as confirmed in at least 10 countries, namely Italy, Greece, USA, England, Ireland, Austria, France, Belgium, Germany and Switzerland.

With the call of the Freedom Committee for Ali Osman Köse many international revolutionaries and anti-imperialists are building barricades with their hunger, against the attacks of fascism on the right to life of sick prisoners.

The Solidarity extends from Filipino militants of migrants organisations based in Paris to solidarity activists of the prisoner’s movement, that never leave political prisoners alone, from Iranian revolutionaries to those who demand freedom for Mumia Abu Jamal in the UK, from the working people of Anatolia to the youth who have been separated from their homeland but do not give up on their dream of a democratic and independent country. Messages keep coming.

But what is sure for now is that more than 50 people from at least 10 countries are joining the hunger strike demanding Freedom for Ali Osman Köse, and clear information is still awaited from many places. 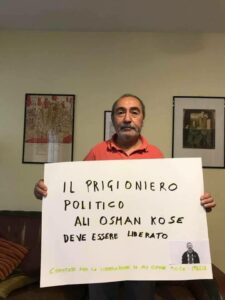 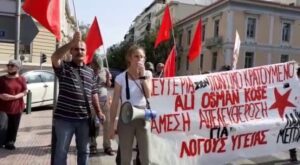 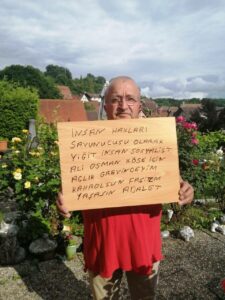 To watch all the solidarity videos statements please visit the Twitter page of the Solidarity Committee for Ali Osman Kose:
Tweets by aliosmankoese

THIS MEANS THAT WE CAN SUCCEED IF WE UNITE OUR FORCES AND CONCENTRATE TO THOSE MOST ESSENTIAL ISSUES: JUSTICE, FREEDOM, THE RIGHT TO LIFE!

A BIG THANKS TO ALL THOSE WHO ARE HUNGRY FOR JUSTICE IN THESE 24 HOURS! MAY OUR VOICES BREAK THE IRON BARS