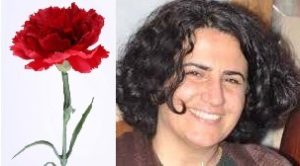 “No one should have to die in pursuit of a fair trial; it is a fundamental human right,” they said. “This is an utter waste of a human life, and we are greatly dismayed at the death of this, courageous woman human rights defender, as well as the circumstances that led to her death.”

Ebru Timtik died on 27 August 2020 after three years in detention and a hunger strike lasting 238 days. Along with other lawyers from the People’s Law Office, she was arrested in September 2017 and sentenced to 13 years and six months in prison under the charges of belonging to a terrorist organisation. She went on a hunger strike on 02 January 2020 claiming her right to a fair trial.

Shortly after the lawyers were arrested, the UN human rights experts formally asked the Turkish government to explain the legal basis for their arrest and the accusations against them.

“We asked the Turkish Government in 2017 to explain how their arrest and conviction were compatible with the State’s obligations under international human rights law”, said the experts, highlighting allegations of unlawful detention, unfair trial and restrictions on the freedom of expression and of association. “While we acknowledge and appreciate the engagement of the authorities with us on the issue, we regret that little was done to prevent this tragic outcome.”

The experts called for an effective investigation into her death. “We call on the authorities to establish an accountability process for the victim and to uphold fair trial principles by reopening the cases of arrested human rights lawyers. The Government of Turkey must also take immediate action to release individuals detained and sentenced contrary to international law.”

Special Rapporteurs are part of what is known as the Special Procedures of the Human Rights Council. Special Procedures, the largest body of independent experts in the UN Human Rights system, is the general name of the Council’s independent fact-finding and monitoring mechanisms that address either specific country situations or thematic issues in all parts of the world. Special Procedures’ experts work on a voluntary basis; they are not UN staff and do not receive a salary for their work. They are independent from any government or organization and serve in their individual capacity.