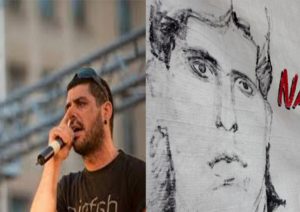 Seven years ago, in Athens, Sahjat Lukman, an immigrant worker and Pavlos Fyssas, an anti-fascist musician, was murdered by members of the nazi organization, Golden Dawn. The murders of these two children of our class will be the milestone for the blocking of the harboring and reinforcement of nazi gangs in Greece.

Fascism everywhere has the same face…

In full alignment with the state demand for popular allegiance to the “Era of Memoranda”, Golden Dawn was the official parastate structure in the early years of the crisis in Greece. The Golden Dawn nazis acted as hit squads in shops and neighborhoods, serving (historically) the interests of businessmen, shipowners and mobsters. Robberies and ambushes against immigrants, pogroms and attacks on their homes, on structures of the class – the people’s movement, on students and workers, communists and anarchists. In one of those attacks, the migrant worker, Sahjat Lukman, was murdered. These are the pieces that make up the puzzle of the rise of the nazis in modern Greece. A rise secured by the blessings of the press and the media, the overt cooperation of the nazis with Greek Police and the support of the nazi organization by a large part of the Church and the Greek Army.

The Golden Dawn gangs, however, encountered resistance. Neighborhood guards and patrols, attacks on their structures, blocking their gatherings in squares and streets and gradually rallying and massing the anti-fascist class movement at all levels.

One of those opponents was Pavlos and his attitude to the neighborhood, the work and the music scene. Ready to defend at any time his class and ideas, he was murdered seven years ago in a district next to the port of Piraeus. The murders of our two class children, Sahjat and Pavlos, caused a great social explosion and brought Golden Dawn to the courtrooms. 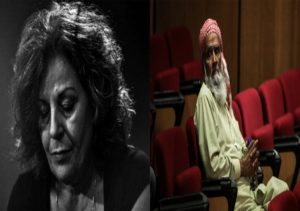 Seven years now… the families, the friends and lawyers of Lukman and Fyssas fight a fierce battle against fascism!

A battle under threats, slander and gang ambushes in the streets, houses and courtrooms…

A BATTLE FOR JUSTICE!

“WHOSE LAWS AND JUSTICE CAN JUDGE THE RIGHTS OF THE PEOPLE…”

The laws of civil democracy “needed” seven years to decide whether the members of the golden dawn are murderers! The laws of bourgeoise tried in all possible ways to lighten their charges. Even an acquittal was recommended by the trial prosecutor a few months earlier. The prosecutor’s proposal was also the reason the glass overflowed and the movements were recruited to give an answer against gross injustice.

On October 7th, outside the Court of Appeal in Loukareos, Athens, the wider anti-fascist and popular movement was present, to a degree unprecedented in modern Greek history, awaiting the decision to condemn the nazi gang.

All the forces of the class and people’s movement were gathered, all the student associations, social benefit institutions, artistic and sports groups and clubs, cultural centers etc. were united in such a broad and dynamic movement.

The politicians of the whole spectrum of the center and the right wing, that for so many years covered up the nazi gangs and openly cooperated with them, found the opportunity to pretend they are “democratic” in front of the cameras and called the justice to “put the nazi inside prison”.

This shameless hypocrisy provoked strong reactions from the assembled crowd, making it clear that the people both remember and are able to recognize that the New Democracy government is trying to pick up the Golden Dawn votes (as they held a 7% vote share in parliament elections), while SYRIZA, the main opposition party, wants to collect the votes of the wider social anti-fascist movement mobilized in view of the verdict of this trial.

WE KNOW THAT JUSTICE IS IN OUR HANDS

Over 50,000 people in Athens and very dynamic and mass rallies across Greece shouted “NO PASARAN”!

Over 50,000 people have shown that being “Antifa” cannot be terrorism for anyone other than fascism and imperialism!

Over 50,000 Anti-fascists and Anti-imperialists demanded Justice!

The People demanded  for Justice!

AGAINST FASCISM AND IMPERIALISM

Action in Athens for Pavlos Fyssas