A teacher, SİBEL BALAÇ, was imprisoned on 10th December 2018, sentenced to 8 years 1 month and 15 days because she has supported the Yüksel Resistance.

Sibel was subjected to banishment and mobbing at her workplace whilst working as a Special Needs Teacher. As a result, she resigned from her post.

She could have kept silent as have so many. But as an honourable teacher she has chosen to resist.

Her crime: supporting and joining the resistance!

Yes, she was there, at a place where she needs to be. That is the reason for her prison sentence. The AKP (Justice and Development Party) government in Turkey fired thousands of civil servants for their beliefs and opposition stance towards injustices after a farcical coup attempt in July 2016. Only a handful people stood against this. The AKP has taken advantage of this and fired more than 130,000 civil servants. A group of purged civil servants consisting of academics and teachers started a resistance in Yüksel Street in Ankara. Sibel decided to join them and support their just demands. Whilst attending daily vigils she was arrested with other resisters and remanded.

At her trial the prosecution claimed an SD card was found on her but this was not submitted as evidence. In other words, Sibel Balaç was imprisoned without evidence. In addition, even if the SD card was found, it does not constitute legal evidence. Digital proofs are protected against being altered and modified with a special method. Otherwise, the police can create all kinds of evidence themselves. This has been experienced and proven in Turkey. It has been registered by the court in Turkey that the police manipulated “digital evidence”. Just like hundreds of thousands of other public workers who were tried with fake documents. Despite this she was unlawfully sentenced to 8 years, 1 month and 15 days.

There is only fabricated evidence in Sibel’s court file. This has become a norm in the justice system under the current government. Thousands of people including lawyers, artists, democrats and socialists have become victims of the AKP government through the justice system. She demands a fair trial.

Previously a tumour was removed from Sibel’s ear. She has been operated on three times. She has completely lost her hearing in one ear. The arthritis in her ear is moving towards her brain and there is a risk of a stroke.

The AKP government imposes “enemy laws” against political prisoners. Therefore, neither illness nor injustices suffered by such prisoners are considered important by the AKP.

Sibel’s stance against attacks on rights and freedoms has not stopped whilst she was in prison. She continued to raise her voice against forfeiture of rights and freedoms, therefore three legal investigations were started against her by prison. Arbitrarily she was given a 687-day cell punishment and a 48 months’ visiting ban.

AGAINST ALL THESE INJUSTICES SİBEL BALAÇ STARTED ON DEATH FAST ON 19th DECEMBER 2021!

Her demands are as follows;

1- End the economic, social and political pressures on our people!

3- Prisoners should be given books and publications unconditionally!

4- Sick prisoners must be released!

5- Let the right of conversation amongst the prisoners accepted by the Ministry of Justice with the circular numbered 45/1 be fully implemented!

7- The drug lords, the AKP’s drug ministers, should be arrested, not the revolutionaries fighting against drugs! 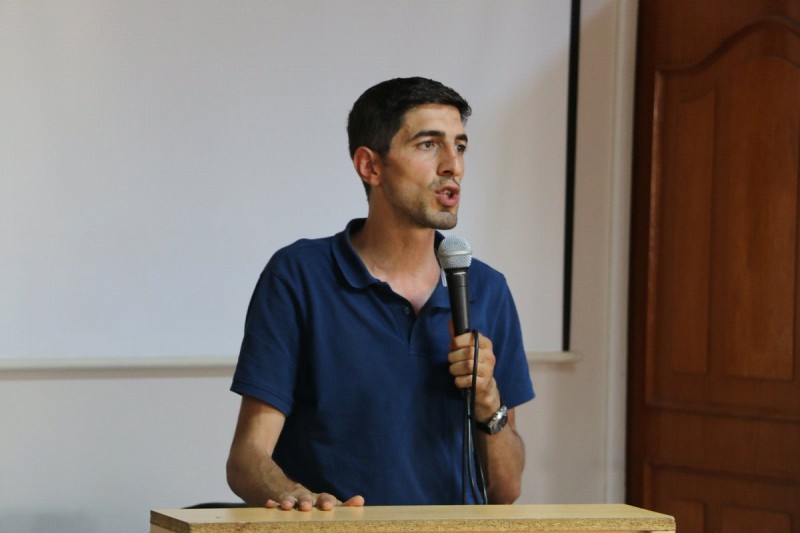 “Oppression does not stop by saying stop!

We will end it by resistance!” Gökhan Yıldırım

On 27th June 2016 Gökhan was shot at by gangs while police were present as he was distributing a magazine called Yürüyüş along with his friend in Gazi district. Subsequently he was imprisoned as a result of fabricated statements of secret witnesses and slanderers at the beck and call of the security services.

On 25th December 2021 he started an indefinite hunger strike with demands.

Following is the letter that he has written to Ministry of Justice, here he clearly explains the reason for his resistance;

“TO THE MINISTRY OF JUSTICE

In your 19 years in power, you brought the peoples living in Turkey to the brink of the abyss. And today, you threaten to push our people, whom you have exposed to hunger, poverty, and the onslaught of corruption, off the cliff!

We, as revolutionary prisoners living in the lands of Anatolia and treading its soil, have not left our people to face any attack on their own for more than 50 years, when we entered the political arena. Just as we were with and leading our people in every difficult period, we are with them today, as we were yesterday, and we will be by their side. Just as we shared their pain and their joy in the massacres, exile and resistance yesterday, we share their hunger and poverty today! This is a requirement of our revolutionary responsibility.

Today, you are plotting and filing lawsuits with the signed statements that you have forced out of and obtained from secret witnesses and lying slanderers. You are detaining thousands of our people, imprisoning hundreds of them, separating them from their families and loved ones, and punishing them with the heaviest prison sentences.

You condemn our people to poverty, unemployment, and hunger. In the face of this, you are trying to strangle the smallest demonstrations and marches by attacking them. You’re attacking in order to take away any rights to organise. In our country, you turn a deaf ear to families demanding justice.

To seek to make our people, our youth surrender; You have turned all corners of our country into drug centres in order to turn them into individuals who do not think, do not produce and do not question. The age of drug use has dropped as low as 12.

By releasing the drug lords, you paved the way for them to poison the people. You either killed those who fought against drugs in the middle of the street or you put them in prisons, giving sentences of up to hundreds of years. I am one of them. The case I was tried was a case concerning drugs, prostitution, child rape.

Despite the fact that all of the complainants said before the court that they gave their statements under the direction of the police, I was sentenced to 46 years based on the testimony of a murderer who had two kilos of heroin in his house, without even looking for a single piece of evidence. Although my court was full of injustices from beginning to end, none of my requests were accepted. Prisoners’ rights are being violated in prisons. Especially book and publication bans, restrictions, disciplinary punishments, tortures, exile transfers, censorship and many other violations of rights, prohibitions and pressures continue.

As if all this weren’t enough, to deepen the existing isolation and repression you’ve declared by opening wire cages or new types of prisons (S-types), that the attacks of repression and surrender will continue.

You are slowly killing the aggravated life sentence convicts by keeping them in the most severe conditions until they die in solitary cells with almost no rights.

The problem of sick prisoners, which almost everyone is talking about today, has grown like an avalanche. There are dozens of sick prisoners in jails, and they are deliberately being left to die. The deaths that occurred within the last month show how important this problem is.

Today, there are hundreds of prisoners like the sick prisoner Ali Osman Köse who live with this reality. And all these prisoners must be treated under healthy conditions.

As a result, we revolutionaries will never let you throw our people off that cliff!

RESISTING FOR JUSTICE WHERE THERE IS NO JUSTICE IS A MATTER OF HONOUR AND INTEGRITY!

The demands of my resistance are:

1-) Sentences given by using secret witnesses and slanderers should be cancelled.

2-) The punishments given to those who fight against degeneration should be cancelled.

3-) The 46-year sentence given to me for this reason should be cancelled.

4-) Our people’s struggle for rights, freedoms and justice should not be hindered.

5-) Sick prisoners should be released.

6-) The aggravated life sentence law should be amended in favour of the prisoners.

7-) The pressures and prohibitions imposed on the prisoners must be ended.

IT SHOULD BE KNOWN THAT ATTEMPTS TO SUFFOCATE THE RESISTANCE INSTEAD OF ACCEPTANCE OF OUR JUSTIFIED DEMANDS, BY IGNORING OR ANY ACTIVE OR PSYCHOLOGICAL ATTACK WILL NOT BRING RESULTS, ON THE CONTRARY, IT WILL KILL ME. AND FOR THIS REASON, PRIMARILY YOUR GOVERNMENT AND THEN YOUR MINISTRY SHALL BE RESPONSIBLE FOR ANY DEATHS THAT OCCUR.

GÖKHAN YILDIRIM MUST BE ACCEPTED IMMEDIATELY!

TRAFFICKING MUST BE PUNISHED, NOT REVOLUTIONARIES!

WHAT CAN YOU DO?

Call and send protest messages to the Republic of Turkey Ministry of Justice and demand from them to honour the conditions set by resisters: