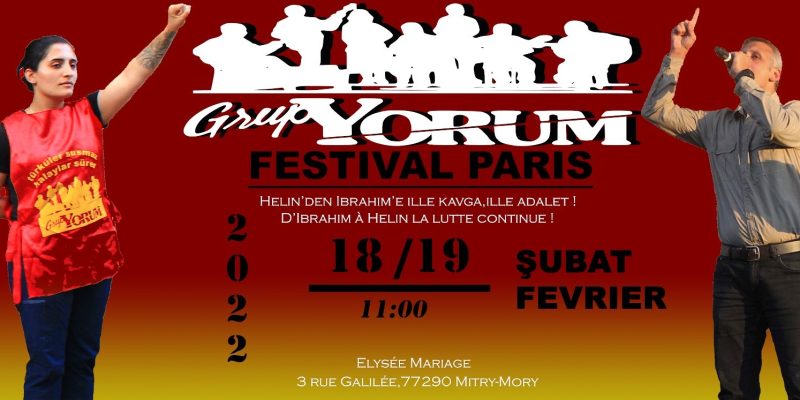 February 18th and 19th in Paris

Internationalism is brotherhood of peoples!

Our only solution against the imperialist attacks is the unity of people!

It is everybody’s natural right to live honourably like a human.
As Bertolt Brecht said: “Justice is the bread for the people”.

However, imperialism is a big obstacle to this.
It divides people, breaks them into pieces, and has them fight each other.
This way its policies come to life.
We, anti-imperialists, established our own front against imperialist policies.

“Imperialism has laid its body over the world, the head in Eastern Asia, the heart in the Middle East, its arteries reaching Africa and Latin America. Wherever you strike it, you damage it, and you serve the world revolution.”–Ghassan Kanafani

Imperialism feeds on blood and injustice.
AKP’s fascism makes the people of Turkey spit out blood.
Revolutionaries, people’s lawyers, artists, engineers and artists that resist this tyranny are facing prison sentences that reach hundreds of years.
There are 1605 sick prisoners in Turkish prisons, out of which, 604 are terminal.
150,000 public workers were laid off by decree.
The people are being imprisoned by testimonies of secret witnesses, false evidence and declarations.
The drug dealing gangs that poison the youth are roaming free, but those that fight them are in the prisons…
There is even more injustice in Turkey.
For this reason, two revolutionary prisoners in Turkey, Sibel Balaç and Gökhan Yıldırım have laid their bodies to the death fast.
For this reason:
Let’s unite in hunger
Let’s unite in joy
Let’s sing our songs together
Let’s dance together
Let’s unite our struggles

For two days at the festival we’ll deal with the problems of raids against the people, and the issues that prisoners experience.
Here we will talk about the facts against the lies of the imperialist media.
Grup Yorum, the voice of the oppressed people, will be both a panelist and will perform a concert. It will also present its new motion movie “Mahalle” (“Neighbourhood”).
Theatre Companie de Joli Momes will perform, and İbrahim Kızıldogan’s caricatures will be on exhibition. 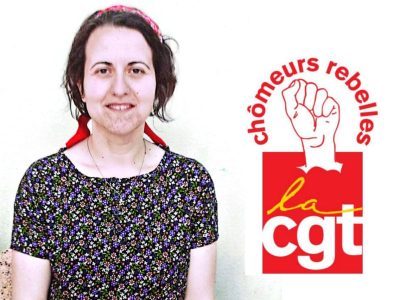 A short march through the crowded shopping streets in support of Palestine took place on ...
By 1917soviet
May 15, 2022
Next Article:
January 19, 2022
min read
Social connect:
or