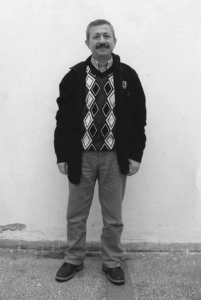 People’s Law Office’s statement for severe ill imprisoned client Ali Osman Köse
Our client Ali Osman Köse must be referred to the Forensic Medicine Institute and released.
Our client Ali Osman KÖSE has been held in prisons for 37 years. In addition to the damage to his health caused by 37 years of imprisonment, isolation, and repeated torture, he went on many hunger strikes.
Ali Osman KÖSE ended the hunger strike he continued for 30 days to support the death fast on 3 July 2020.
However, the client faced serious health problems during and after this hunger strike. He could not meet his own needs and speech disorders started. Over time, his speech impairment increased, he became unable to walk and started using a wheelchair. He was able to meet his needs such as bathroom and toilet with the help of his temporary attendant.
On 8 July 2020, our client was transferred from the Penal Institution to Tekirdağ State Hospital. Some tests have been done here and it has been said that a neurological examination is required. As a result of the neurology examination performed at Tekirdağ State Hospital, his vital values ​​were reported to be “normal” and he was discharged. However, even in the tests performed here, it is seen that many vital signs are lower or higher as they should be.
Our client does not remember two of the three attorney meetings held on different dates after his discharge; he only remembers the last one incompletely.
After being discharged, he cannot perform his personal care on his own. It is clear that our client’s health status is not normal.
In order for our client to be treated in a healthy way and to decide whether he will be evacuated due to his health condition, he must be examined by independent physicians. No response was given by the prosecutor’s office to our application to the Tekirdağ Chief Public Prosecutor’s Office.
However, the prosector wrote a letter stating that if deemed necessary by the doctor of the institution, our client would be again referred to Tekirdağ State Hospital, where he could not be diagnosed.
The “right of independent physician” granted to detainees and convicts is a right recognized in international conventions and the Constitution. Due to the serious health condition of our client, the request for an independent physician must be accepted immediately and his release for treatment must be decided.
As of today, we made another application for our client to be referred to the Forensic Medicine Institute. As a result of the examination to be made at the Forensic Medicine Institute, it is obligatory to determine that his health condition doesn’t allow to be kept in prison.