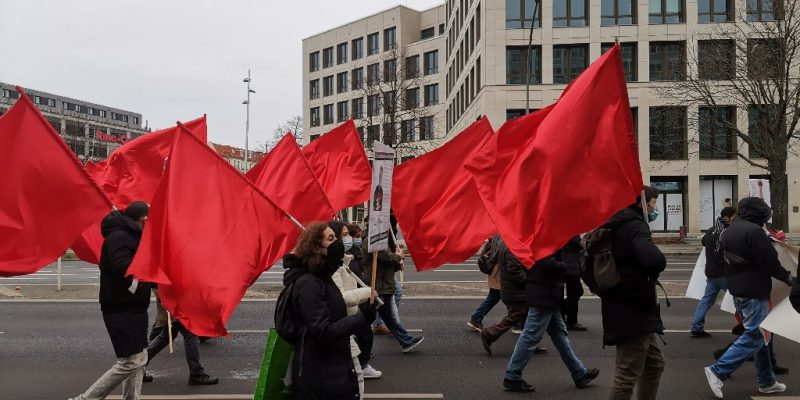 The People’s Front (Turkey) joined the Lenin-Liebknecht-Luxemburg march, which has been traditionally held on the second weekend of every January for 103 years. In the action attended by 7 thousand people in total, Dev-Genç members formed a cortege with the People’s Front, Grup Yorum workers and our international friends. With our red flags, slogans (Mahir Hüseyin Ulaş War Until Liberation) (This Fight Continues From Mahir To Uncle) and banners, we once again commemorated all the martyrs of revolution, especially Lenin, Karl and Rosa, and underlined that our march to socialism and revolution continues.

After walking to the Socialists Cemetery, an action was held here for Pablo Hasel and Grup Yorum, after a moment of silence for the martyrs of the Revolution. The enthusiastic action was ended with slogans.