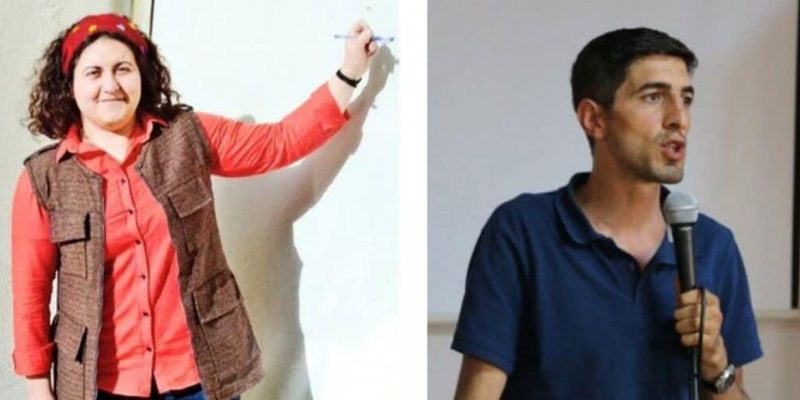 RELATIVES of two hunger-striking political prisoners in Turkey have called for urgent action to save their lives and demanded their immediate release.

Sibel Balac and Gokhan Yildirim have refused food for 211 days to press their demand for a fair trial.

Ms Balac, a teacher, has been jailed for more than eight years on trumped-up terrorism charges and her mother, Nuray Balac, said that she is being denied access to healthcare.

“Her health condition is not good,” she said, appealing for her daughter’s release.

Mr Yildirim was sentenced in 2018 to more than 46 years in prison on charges of “being a member of an armed terrorist organisation,” referring to the banned Revolutionary People’s Liberation Front.

Evidence against the pair is limited to anonymous witness statements and social media posts and they insist that the case against them is politically motivated.

Mr Yildirim’s brother Erkan said that 16 of the 17 witnesses who made statements for the prosecution told the court that they did not know him.

He began his hunger strike after six years of legal struggle failed.

“My brother’s demand is to be fairly tried,” Mr Yildirim said.

Supporters of the pair are demanding an end to violations of human rights in Turkey’s prisons. They have called for solidarity with the hunger strikers.

“Please act to make sure they do not die. Hunger strikes in Turkey have resulted in the deaths of prisoners before,” they said, citing the cases of Grup Yorum musician Ibrahim Gokcek, lawyer Ebru Timtik, singer Helin Bolek and Mustafa Kocak.