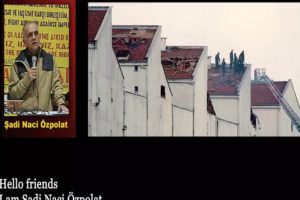 This video was a part of the Anti-imperialist Front Conference on 22 December 2020 for anniversary and memory of martyrs of huge Massacre in Turkish Prisons, on December 19-22,2020. It was the biggest massacre in the history of political prisoners. Imperialism and Turkish Fascist state attacked, with army, bullets,chemical gas, the Revolutionaries that they are resisting by Death Fast, against isolation F type cells prisons