«The Bassotti Band and the Anti-Fascist Caravan express their solidarity to the comrades of Grup Yorum, on hunger strike in Turkey in the prisons for about 200 days.

Members of the left-wing Turkish music collective Grup Yorum have been on hunger strike for 187 days (today November 19). Their bodies have been hungry for more than four months and are asking for justice.

The Turkish imperialist system is frightened by the artistic struggle of Grup Yorum because it expresses the voice of the people. This fear is a great obstacle to the interests of the allied governments and this has led the Turkish state to issue prohibitions, at national and European level, denying the possibility of allowing the band to perform in concerts. The names of the members of Grup Yorum are on the lists of wanted people and many of them are in prison. In addition, to further crush the resistance, the cultural centre İdil (in Istanbul) is regularly targeted by several police raids: books and musical instruments brutally damaged, members beaten and detained.

Grup Yorum, after having presented their legitimate requests, are not left to their destiny: also from Italy, the Bassotti Band, politically close for its anti-imperialist, anti-fascist and internationalist approach, expresses its solidarity and supports the requests of the members of Gurp Yorum on hunger strike.

Solidarity with the voice of the people! 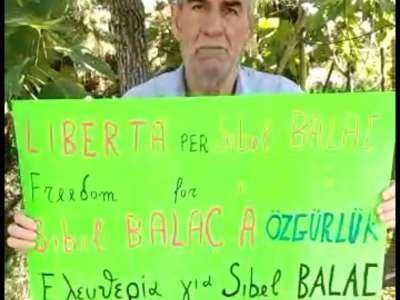 Pati Luceri, internationalist comrade who has always supported the resistances in Turkey, again begins a ...
By AIF Greece
September 30, 2022

The mass work for the Anti-Imperialist Front symposium to be held in Athens on October ...
By AIF Greece
September 29, 2022

We send our profound solidarity and stand against the vile impending decision of extradition of ...
By AIF Greece
September 29, 2022

Work for Anti-Imperialist Front Symposium to be held in Athens continues at full speed. On ...
By AIF Greece
September 27, 2022
News

The Anti-Imperialist Front participated in the festival against racism at the Agricultural University in Athens ...
By AIF Greece
September 26, 2022