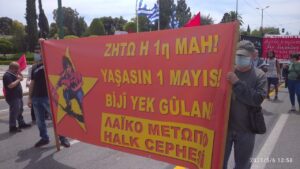 From the People’s Front of Greece, to the Freedom for Ali Osman Committee and the anti-imperialist front, members of the Greek left and democratic mass organizations and the general strike of May 6 has made the call that, because of the holidays, the march for 1st of May could not be held on 1st of May so the gathering celebrated it on the 6th of May.With the anti-worker law to be issued in Greece, the right to work for 8 hours will be usurped, dismissal, recruitment change, strikes, workers’ rights will be usurped.That legislation will be put to a vote in May. The call today was to celebrate the day of the fight, which is the day of workers and labourers on May 1, and to protest this labor law, which was to be enacted. The crowd gathered in Propilia Square for the march, which will start at 11:00 in the morning. The Freedom Committee to Ali Osman Köse took its place in the field and collected signatures for the release of the sick prisoner Ali Osman Köse. Anthems were played with musical instruments. With the start of the march, a banner saying “Long live May 1” in Greek, Turkish and Kurdish and the slogans “Long Live May 1, Release Ali Osman Köse, Biji Yek Gulan” slogans were chanted and marched on the march with the words “Long Live May 1, Let Ali Osman Köse be released in Greek Turkish and English “freedom to Ali Osman Köse “ banners were carried in 3 languages. 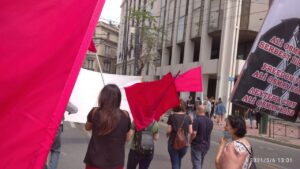 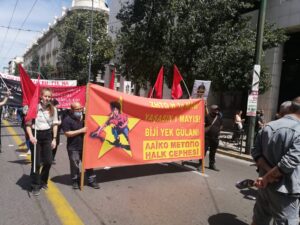 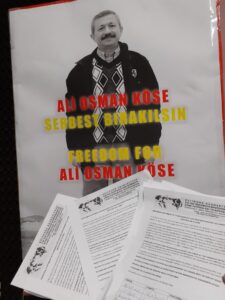 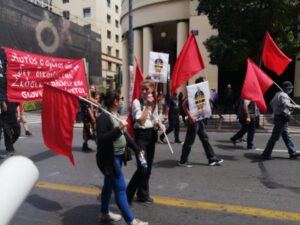 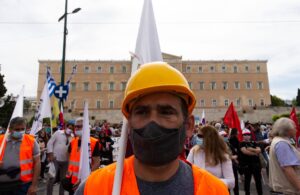 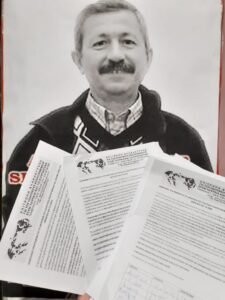 On May 4, People’s Front in Greece and Anti-Imperialist Front made solidarity action in Front of the Turkish Embassy in Athens

May 9, 1945 In Greece, 76th Anniversary Of The Victory Over Fascism Year rally and March held