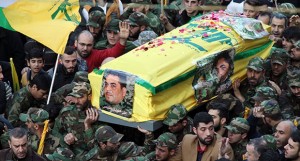 Israel tried to make pressure on Lebanon people. Israel tried to destroy Hezbollah. But Zionists do not understand that they could not finish Hezbollah with this actions.

New commanders, new militants will be grow up like Kantar, in this honourable fight.

Lebanon people and Hezbollah will not step back.

Samir Kantar arrested On April 22, 1979, at the age of 16, he stayed in Israel prisons until 2008. After released he ran to the his peoples struggle again. We will not forget Kantar’s struggle and memories, we are with Lebanon Hezbollah and we will make solidarity with them aganist zionist Israel.

We Wont Forget 19-22 December Massacre! We will Punish All Criminals of This Massacre!