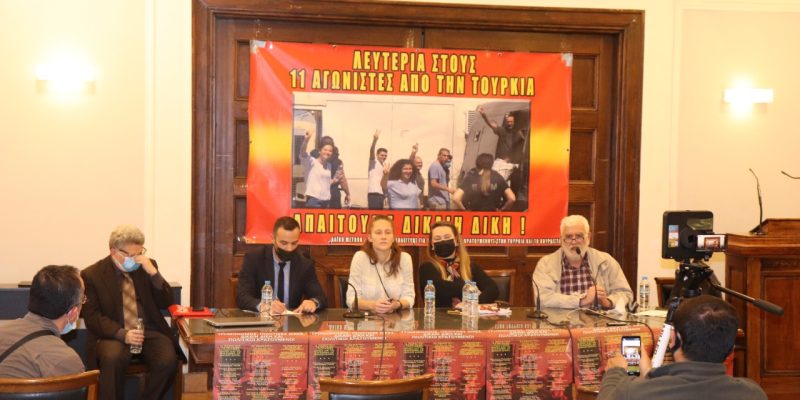 08-04-2022 A press conference was held for 11 Turkish prisoners at the Athens Bar Association in Greece at 17.00. The lawyers who spoke at the meeting explained that the case was not legal, it was political, it was a decision taken beforehand, and it was not based on any evidence. Among the participants were lawyers of the case, Aleka Zorbala, Patrikos Patrikounakos, Dimitros Sarafianos, Yuanna Kourtevik, as well as an Italian lawyer, Fabio Marcheli. 20 people listened to the event, which lasted about 2 hours.
Also, at the end of the symposium, everyone was invited to the international symposium that will be held tomorrow.

The Program Of The International Symposium Has Been Announced. 9 April 2022 Athens

An online meeting was held on July 25 with representatives of Italian feminist associations and ...
By 1917soviet
July 28, 2022
Next Article:
April 8, 2022
min read
Social connect:
or