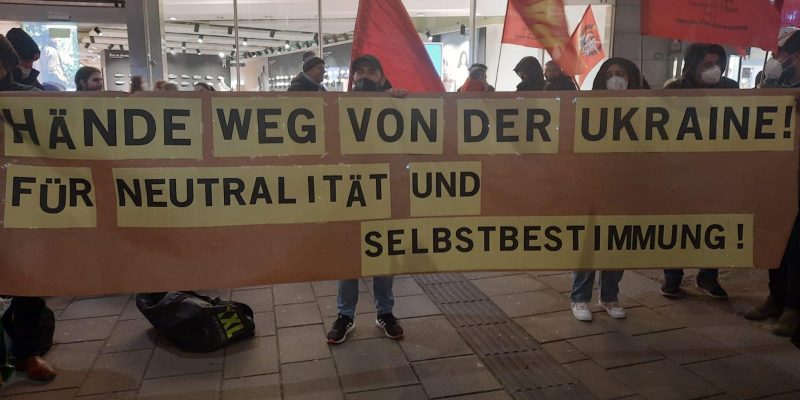 The action, which started on Mariahilfer Street at 18.00, was held as the Union Against Imperialist Aggression, which came together in a short time, and many communist, anti-imperialist and anti-fascist groups joined it. In the speeches of different political groups such as Antifascist Action, Anti-Imperialist Austrian Front, ATIGF, Assyrian People’s Assembly, Anti-imperialist Coordination, ILPS, Alliance Against Imperialist War, Person for Peace in Ukraine Committee, Partizan, IA-RKP and Comintern, imperialist intervention, imperialism Other wars against the peoples of the world, the expansion of NATO bases, the imperialist-backed fascist coup in Ukraine in 2013 and the crimes against humanity committed by the Ukrainian army and Nazi forces in both Odessa and Donbass were told.

About 35 people took part in the protest, although some groups criticized Russia’s intervention, in all statements it was said that the main responsible for this was the imperialist NATO states, which were constantly provoking Russia and expanding the military encirclement. By expanding its military bases and giving them heavy weapons, which were heavily used in the days before Ukraine’s attack on the people of Donbass. Pictures, banners and slogans, war crimes committed by the Ukrainian regime with Nazi forces and after the 2014 coup, 13,000 in both Odessa and Donbass. revealed the silence of the Western media in the face of the massacre of innocent people.