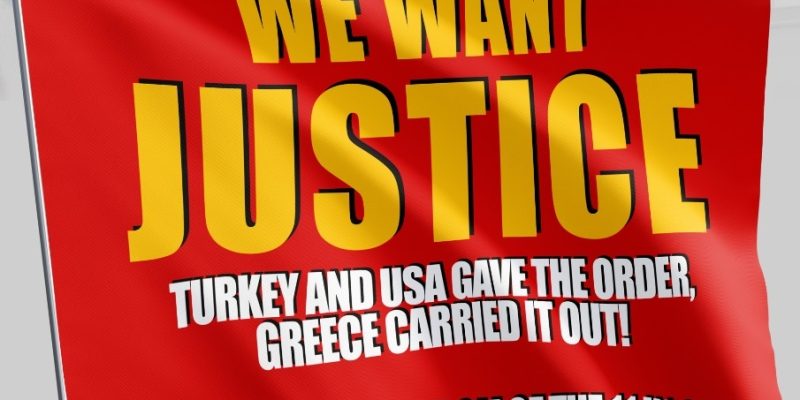 On Sunday, January 30, 2022, a solidarity rally for the 11 revolutionary political prisoners from Turkey in Greece was organized at 3:30 p.m.

All organizations expressed solidarity with the 11 revolutionary political prisoners in their speeches. In addition, afterwards, after the rally at 5:30 p.m., a panel discussion was held at Cosmopolis
by the “Committee we demand justice”. Topics were discussed on how to work closer together and support the prisoners in their struggle for justice. The highlight of the evening itself was the possibility to talk personally on the phone with one of the prisoners from Greek prisons, who could describe the situation first hand.

A total of 25 people participated in the rally which officially ended at 7:30 pm after the event.

5th day of the long march!