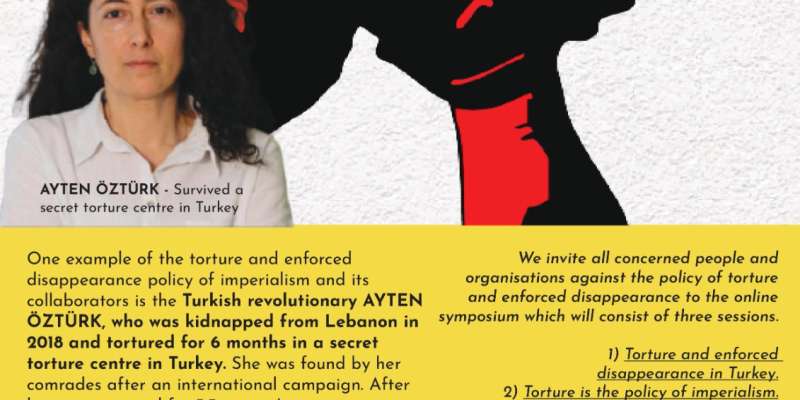 One of the examples of the torture and disappearance policy of imperialism and its collaborators aiming to take over the peoples is the Turkish revolutionary AYTEN ÖZTÜRK, who was kidnapped from Lebanon in 2018 and suffered all kinds of physical and psychological torture for 6 months in a secret torture centre in Turkey. After being imprisoned for 3.5 years, Ayten Öztürk was sentenced to 2 aggravated life sentences with the false statement of a slanderer and was released under house arrest and has been under house arrest with an electronic cuff on her foot for about 2 years! If this sentence, which is not based on any concrete evidence, is approved, Ayten Öztürk will spend her life in a solitary confinement cell.

The reason for these sentences given to Ayten Öztürk is that she spoke about the torture she was subjected to and exposed the secret torture centre. The punishments are intended to cover up the torture.  Ayten Öztürk was found as a result of the people’s mobilisation after 6 months of torture and was released, albeit under house arrest.

The aim of this symposium is to investigate the incidents of abduction, disappearance and torture, to identify and punish those responsible, to lift Ayten Öztürk’s house arrest and to overturn the unjust sentence against her.

We invite all concerned people and organisations against the policy of torture and disappearance, and the peoples of Turkey and the world to the online symposium on 29 January 2023 at 13.00 Turkey time.

TOPICS TO BE DISCUSSED AT THE SYMPOSIUM:

1- First session: Torture, abduction and disappearance policy in Turkey: secret torture centres, our responsibilities and what can we do?

3- Third session: Ayten Öztürk’s abduction, the tortures she was subjected to, her unlawful arrest and trial process, the sentence of 2 times aggravated life imprisonment against her and her release with house arrest, her house arrest that has been going on for about 2 years… 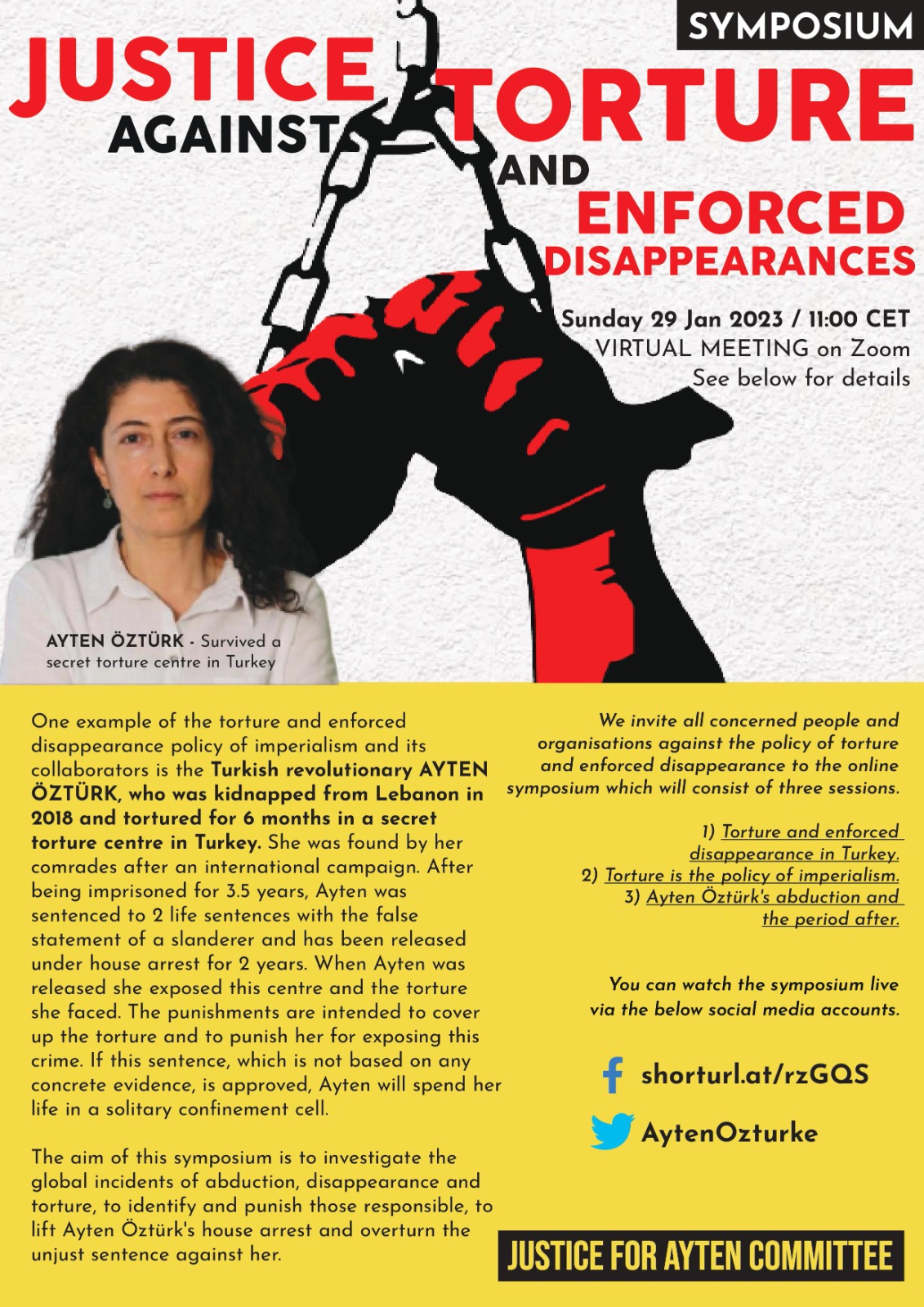 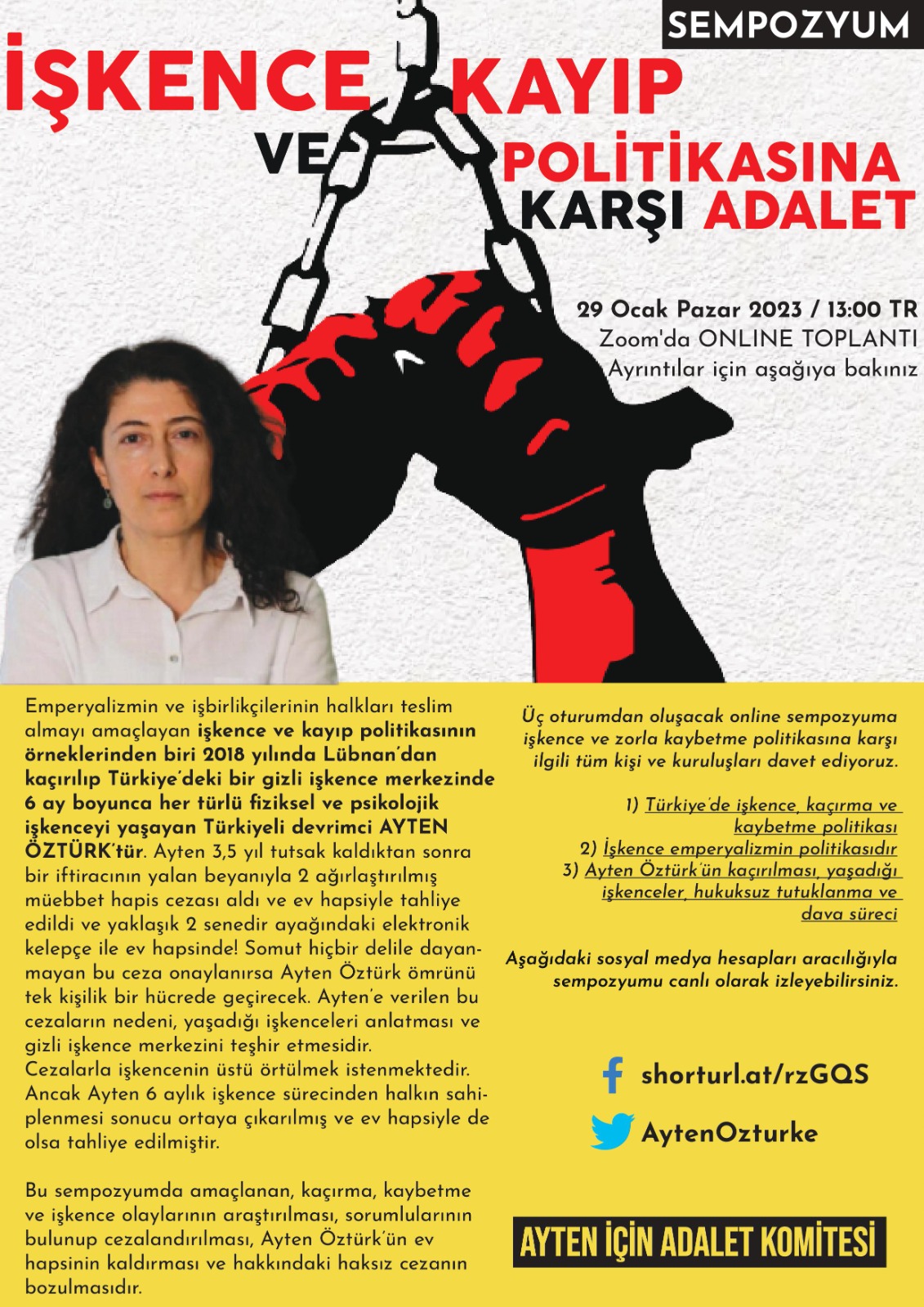 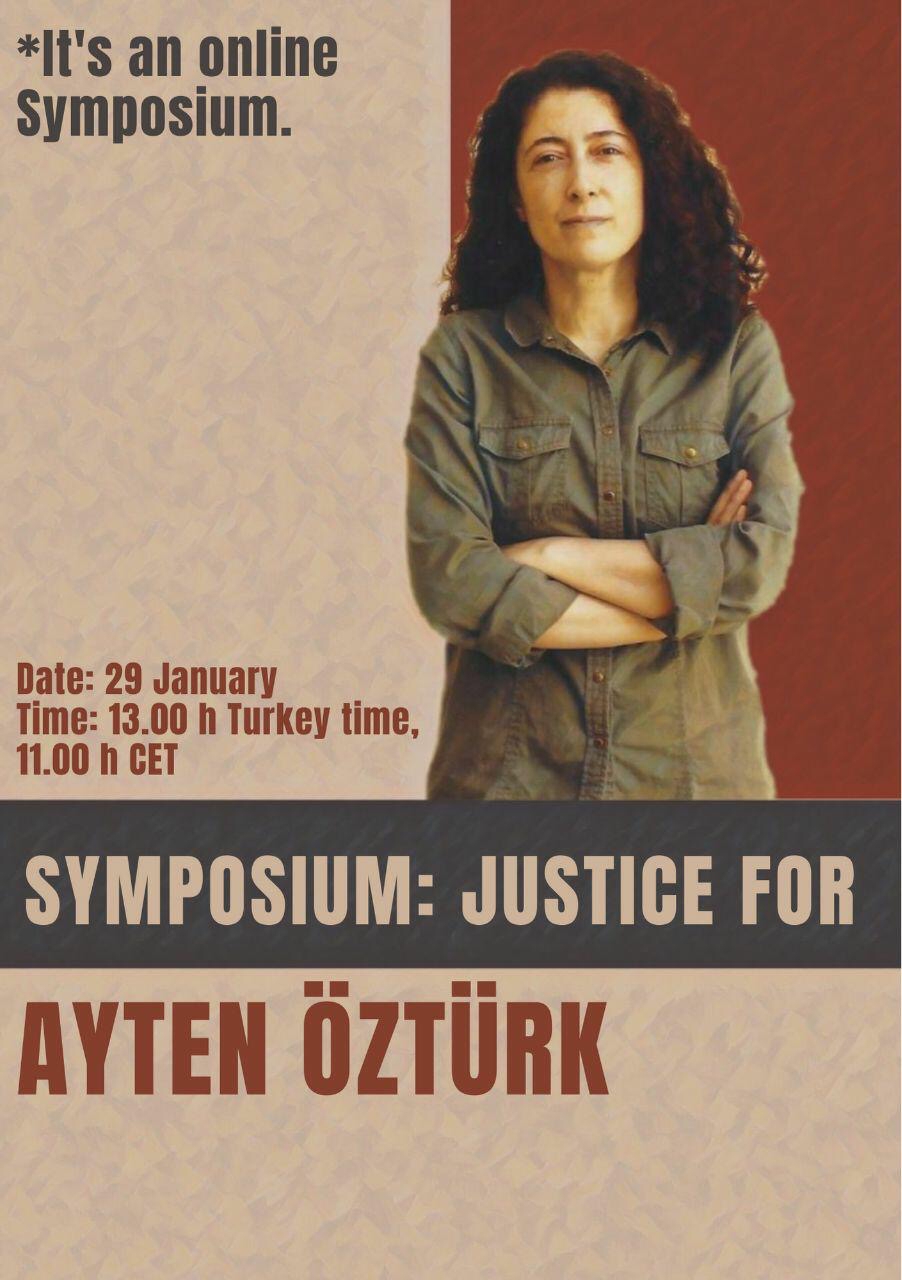 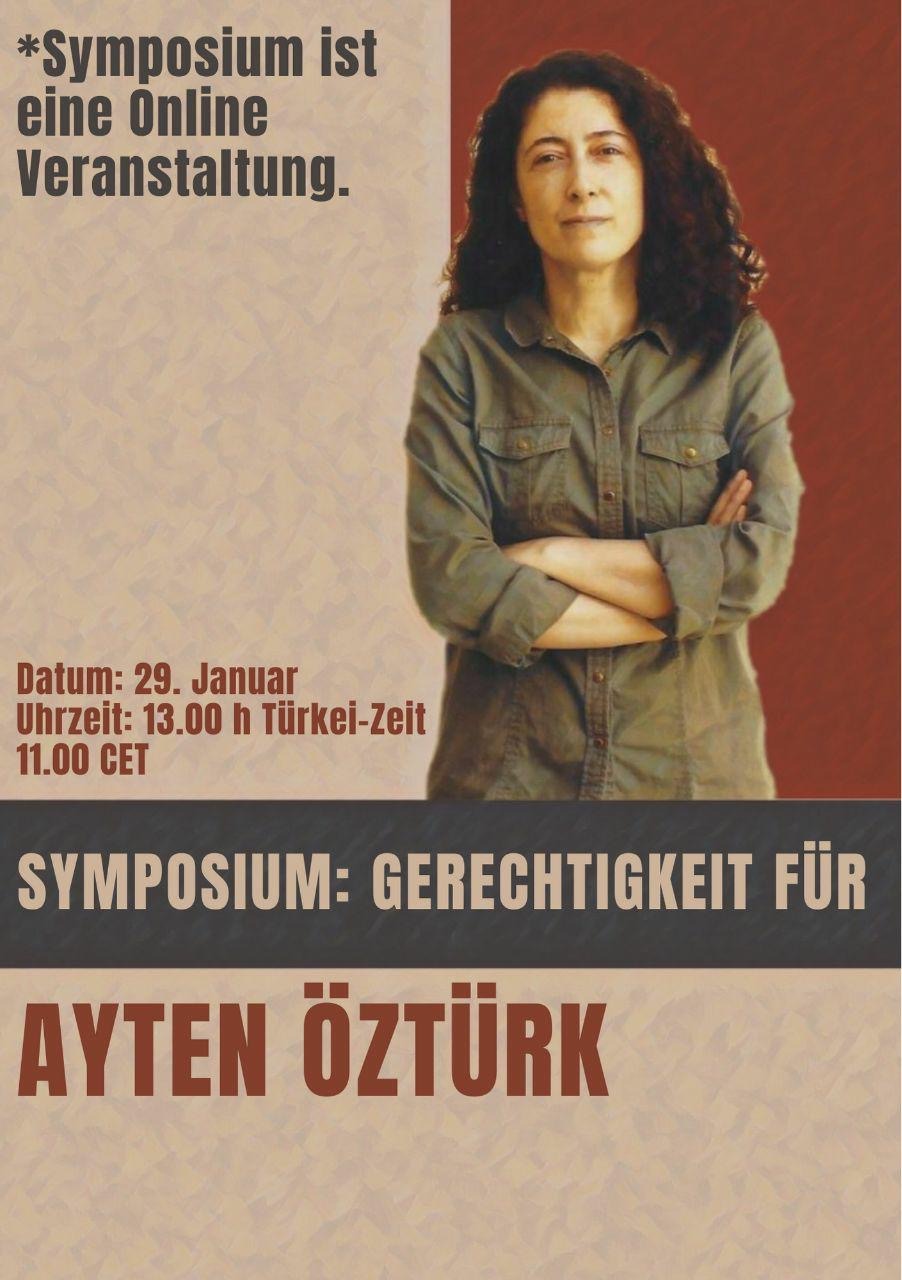 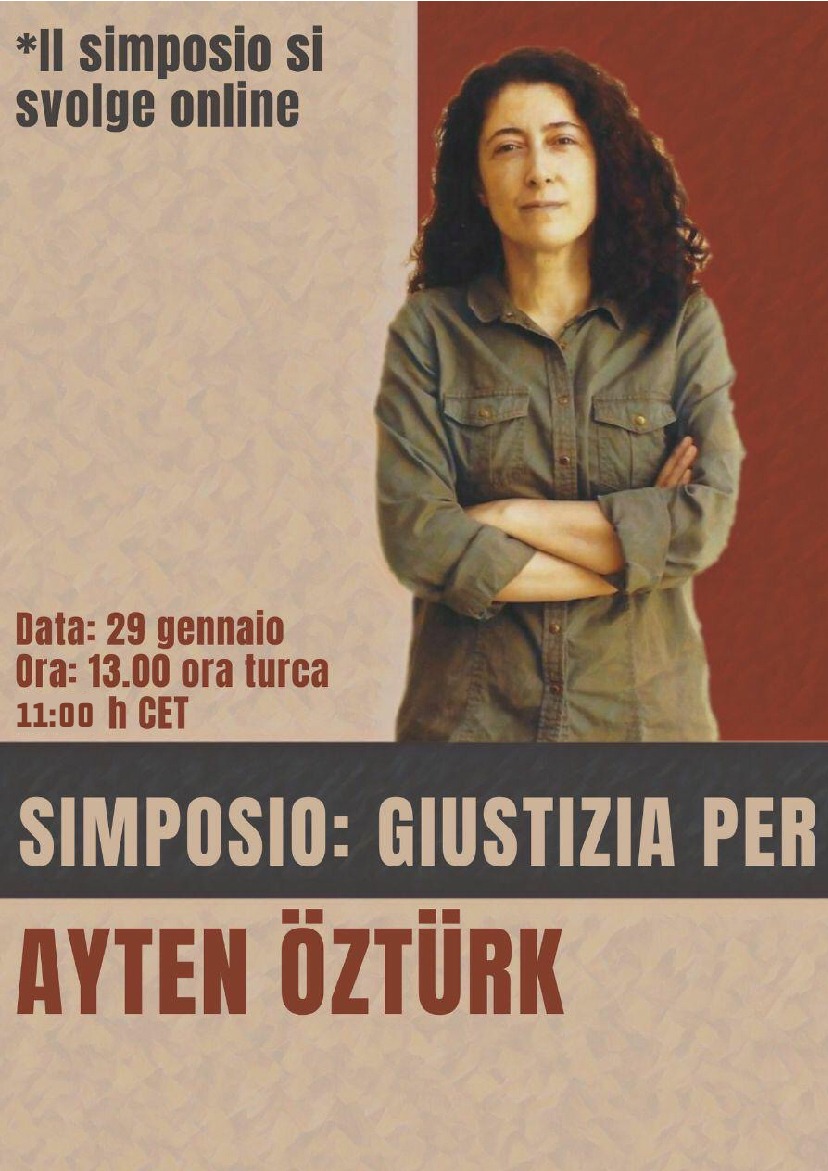